Newry firm gets backing from Growth Loan Fund to expand 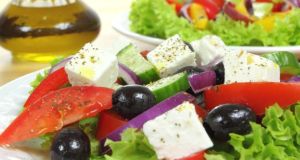 Around Noon, which today employs 300 people, has rapidly expanded its initial sandwich offering and also produces wraps, salads and fruit pots under its Scribbles brand across the island of Ireland.

Around Noon, the Newry headquartered food to go manufacturer, is hoping to take a bigger bite of the UK market thanks to a £750,000 (€824,553) loan from the Growth Loan Fund.

The £50 million fund, which was set up to help small to medium sized firms in the North access finance, is backing Around Noon’s ambitions to become a bigger player in the food to go sector in the UK.

The Newry food firm, which was started by Shelia Chambers in 1989 in her kitchen, recently acquired London based Chef in a Box for an undisclosed sum from the Donegal Investment Group.

The company, which today employs 300 people, has rapidly expanded its initial sandwich offering and also produces wraps, salads and fruit pots under its Scribbles brand across the island of Ireland.

It also has an in-house operation bakery operation, Sweet Things, which it acquired last year, and sells cold pressed juices.

It is estimated that the food to go market in the UK could be worth more than £16 billion and Gareth Chambers, CEO, says Around Noon has a big appetite to expand in that market with help from the Grown Loan Fund.

Mr Chambers said: “This loan will help us invest in developing our IT systems and infrastructure and will help us to further develop our newly acquired London operation.

“In the next five years we want to grow our turnover significantly and the backing of the Growth Loan Fund will help make this a reality.”

The fund, which made its first investment in 2012, is supported by Invest NI, a number of private investors and the Northern Ireland Local Government Superannuation Committee.

It is managed by WhiteRock Capital Partners and has to date invested more than £40 million in 120 local businesses.

Jenna Mairs, investment manager at WhiteRock Capital Partners, said Around Noon had experienced a high level of growth in a very short timeframe.

“Consumers are increasingly looking for healthier on-the-go alternatives and Gareth has identified a very lucrative market to diversify the company’s product offering. There are exciting times ahead for the business as it continues to build towards its five year strategy,” she said.