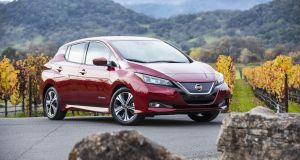 Nissan Motor Corporation is forecasting a wider-than-projected operating loss for the current fiscal year, as the Japanese automaker seeks to dig itself out of the hole by shutting assembly lines, cutting jobs and conserving cash.

The Yokohama-based company also plans to skip its dividend, it said in a statement on Tuesday.

The Japanese carmaker is struggling to restore profitability and sales after reporting its biggest loss in two decades.

Nissan has been mired in turmoil since the 2018 arrest of former chairman Carlos Ghosn, who had pushed for volume growth.

The company is seeking to revive an ageing line-up and cut costs in an effort to improve margins and bring more cash into operations. Even so, Nissan’s two biggest rivals in Japan, Toyota and Honda, are seen as remaining profitable this year.

“The risks to the downside are greater than the risks to the upside,” said Takeshi Miyao, an analyst at Carnorama in Tokyo. “They are seeking to paint a picture of a V-shaped recovery, but they won’t be able to make up for the impact of the coronavirus, no matter how hard management tries.”

Nissan reported a 154 billion yen (€1.2 billion) operating loss for the April-June quarter, compared with analysts’ prediction for a loss of 253 billion yen (€2 billion), as the automaker stepped up cost cuts to make it through a pandemic-induced drop in sales.

Revenue fell 51 per cent to 1.17 trillion yen (€9.5 billion) in the April-June quarter, when most major economies went into lockdown to slow the spread of the Covid-19 virus.

The halt in dividend payouts is a blow to Renault, the Japanese carmaker’s biggest shareholder with a 43 per cent stake and its partner in a global automaking alliance.

Nissan’s performance during the latest quarter will reduce Renault’s net income by €1.2 billion, the automaker said in a statement. Renault is set to announce results on Wednesday.

Nissan will shut three production lines and cut about 14,000 jobs globally, up from 12,500 announced a year ago, a person with knowledge of the matter has said. It also will close two rented offices near Nissan’s headquarters in Yokohama due to the pandemic, said the person, who asked not to be identified because the information isn’t public.

Nissan expects to sell 4.13 million vehicles during the current fiscal year, 16 per cent less than the 4.93 million units sold in the prior period.

“It would be meaningless if the cuts are only effective in the short term,” said Bloomberg Intelligence analyst Tatsuo Yoshida. “I’m interested in how sustainable and meaningful the cost cuts are.”

Mitsubishi Motors, which partners with Nissan and Renault, predicted a bigger-than-estimated full-year loss on Monday, and announced plans to end production of its Pajero SUV by shutting down a plant in Gifu prefecture.