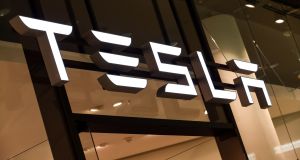 Tesla revealed on Thursday it had ridden out the coronavirus shutdown far better than expected, triggering a renewed surge in shares a day after it overtook Toyota to become the world’s most valuable carmaker.

The electric car maker said it had delivered 90,650 vehicles in the second quarter, well ahead of ahead of analysts’ expectations for 74,130, according to a Refinitiv survey. This was despite closing its Fremont, California, plant from late March to early May.

The news that Tesla’s operations had withstood the worst of the shutdown marked a personal victory for Elon Musk, chief executive, who battled local authorities in the San Francisco Bay Area to keep his company’s main plant open for as long as possible.

Although the latest quarterly deliveries were still down nearly 5 per cent from the same quarter a year ago, Tesla’s shares continued to rise on Thursday following its overtaking of Toyota by market value 24 hours earlier.

The latest jump pushed its market value up to $224 billion, or nearly $20 billion more than Toyota, even though Tesla delivered only 3 per cent as many cars last year and has yet to turn an annual profit.

Tesla’s performance in the quarter was cushioned by output from its new car plant in Shanghai, where operations were largely unaffected by the response to the pandemic. A rapid ramp-up in production at the plant, which opened in early January, has been one of the main factors behind the near three-fold rise in the company’s stock price this year. – Copyright The Financial Times Limited 2020

1 Owner of Dundrum Town Centre to sell prized assets
2 More than 40% of help-to-buy recipients already had deposit
3 Elderly parents living in property you own will save you on capital gains tax
4 Most workers now expect ability to work from home part-time
5 Can a first-time buyer get relief on a buy-to-let home?
6 Stocktake: Is the shoeshine indicator flashing red for stocks?
7 Microsoft to press on with TikTok deal after call with Trump
8 Over half of Ireland’s businesses in decline following Covid-19 lockdowns
9 56 financial firms entered or expanded Irish operations in 2020
10 EY prepares for backlash over Wirecard scandal
Real news has value SUBSCRIBE

Help-to-Buy bonus; a taste for working from home; and two landmark deals 06:39
Stocktake: Is the shoeshine indicator flashing red for stocks? 05:50
Elderly parents living in property you own will save you on capital gains tax 05:50
More than 40% of help-to-buy recipients already had deposit 05:42
Stocktake: Nervous investors don’t trust this rally 05:40
Search executive
jobs on irishtimes.com