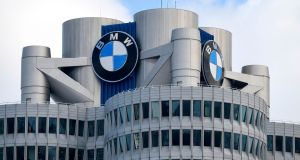 German car companies argue there was nothing illegal in their meetings to agree “clean diesel” norms.

European competition authorities are readying anti-cartel fines of up to €1 billion each for German car giants BMW, VW and Daimler.

The companies are under investigation for alleged illegal activity dating back more than a decade, when company managers reportedly agreed practices that prioritised cost control over their vehicles’ environmental impact.

After a four-year investigation, competition commissioner Margrethe Vestager is preparing to send each of the companies a formal ‘statement of objections’, detailing formal complaints and breaches of European Union competition law.

These include claims that executives from the three companies, as well as Audi, colluded to install only small tanks for AdBlue, a urea mixture used to split nitric oxide into its harmless components of water and nitrogen.

But investigators claim the companies knew the eight-litre tank size they reportedly agreed on contained only enough urea mix for 6,000km.

To cut costs and save on refills, millions of customers were instead sold cars with cheat software that made the cars appear cleaner than they were, while polluting the air with up to 30 times more noxious nitrogen oxide than legally permitted.

Investigators claim the companies agreed to exclude or limit the use of engine filters that would reduce the fine dust particles known to cause health problems for millions of Europeans.

Two of the three companies in the cartel – Daimler and VW – approached European Commission investigators and explained their role in the process. They are likely to face lower fines as a result. BMW, which declined to acknowledge its role, disputes there were any illegal accord between the companies over AdBlue tanks.

In its Saturday edition, Der Spiegel reports that Ms Vestager is facing an uphill battle to push through the multibillion-euro fines against strong resistance from Germany and France.

Officials in Berlin and Paris are already annoyed that the Danish commissioner drew a line through the planned merger of the train-building subsidiaries of Siemens and Alstom.

They are now demanding a more business-friendly approach from the commission. Though fines have yet to be imposed, German car companies argue there was nothing illegal in their meetings to agree “clean diesel” norms. They insist they were reacting to unrealistic technical demands imposed by EU politicians to reduce nitrogen dioxide in diesel.

Stripe in talks for new funding at much higher valuation 21:32
Family in court dispute over hotels in Dublin and Galway 21:24
Revenues at Tayto Snacks top €100m in 2019 after ‘robust growth’ 21:11
Willie Walsh appointed head of the International Air Transport Association 21:09
Dow rises to historic high as optimism grows for US economy 20:31
Search executive
jobs on irishtimes.com