Group found to have paid just 1.14% tax on operating profits of more than $7bn 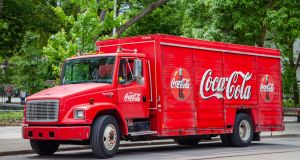 The US tax court ruled this week that Coca-Cola’s Irish operation should have paid a much bigger royalty back to the US parent.

The past is a foreign country. That is the main defence of recent Irish governments to revelations of tax arrangements used by US multinationals in the past, involving Irish operations as a central part.

The latest concerns Coca-Cola which, as The Irish Times reported, was revealed in a US court to have paid tax at a rate of just 1.4 per cent on Irish operating profits of more than $7 billion from 2007 to 2009. With the headline rate here at 12.5 per cent, how did this happen?

Well Coca-Cola used the controversial double Irish tax structure, of which a central feature was a company – Atlantic Industries – with its head office and tax residency in the Cayman Islands and a branch in Ireland. The multinationals have always argued that this structure was legal. It did avail of specific provisions in US tax law which allowed multinationals to build us large untaxed cash piles offshore. Married to the double Irish, this meant a lot of profit earned outside the US was exposed to very little tax.

However the US tax court ruled this week that Coca-Cola’s Irish operation should have paid a much bigger royalty back to the US parent, to account for the intellectual property used in producing the concentrate – the key ingredient – here. This would have led to more tax being paid in the US. Coca-Cola has said it may appeal.

Is the tax payable in America?

The parallel with Apple, which also used a double-Irish structure and ended up paying tax at a very low rate on offshore earnings, is interesting. In the Apple case, the EU said that much more tax should have been paid in Ireland, though did concede that some might have been due elsewhere. In the Coca-Cola case, the US is holding that the tax is payable in America.

The details of the case will again put the focus on Ireland’s tax regime just as crucial OECD talks come to the boil. Ireland will argue that the tax rules here have changed significantly including the phasing out of the double Irish and other changes. But the historic use of these strategies and Ireland’s place in the chain will still be used against us in the fractious debate to come.