Group, which employs hundreds of people in Dundalk, badly hit by Covid-19 pandemic 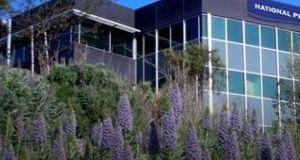 Cimpress, which has been badly hit by the coronavirus pandemic, is headquartered in Dundalk, Co Louth. It employs more than 10,000 people globally across a number of brands, that also include National Pen and BuildAsign.

The Nasdaq-listed company, a provider of customised print, signage, merchandise and other marketing products, shifted its official entity to the Republic of Ireland from the Netherlands early last year for tax purposes.

Its headquarters are located at the Xerox Technology Park in Dundalk, where National Pen, which it acquired for $211 million in 2016, has a facility that at one stage employed over 1,000 people. The company announced plans to create 250 new jobs in late 2017 however, headcount has declined in reason years due to some work being relocated to a factory in Tunisia.

Cimpress, which produces more than 46 million uniquely designed items a year recently announced a number of cost-cutting measures to tackle lost revenues due to the Covid-19 pandemic. It said revenues declined by 10 per cent year-on-year and as operating losses widened.

The investment by Apollo in Cimpress is courtesy of a second-lien secured notes with a 12 per cent coupon.

“Cimpress is an established leader in mass customisation, serving millions of small business customers through leading brands such as its flagship Vistaprint business. The durable demand for its products and services has driven significant growth over the past twenty years, and we believe its products are critical to small businesses during both challenging and stable times,” said Reed Rayman, partner in private equity at Apollo.

Founded in 1990 and headquartered in New York, Apollo is one of the world’s largest alternative investment managers with assets under management of $331 billion at the end of last year.

The investment is the second major deal involving Apollo in the last few weeks. It teamed up with Silver Lake earlier this month to acquire a $1 billion stake in online travel company Expedia.