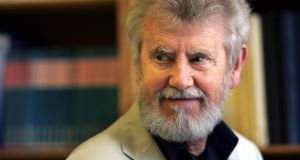 When Nasa needed help for their moon mission they came to Dublin looking for Denis O’Sullivan. Photograph: Eric Luke 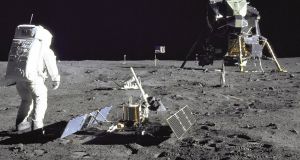 When Nasa needed help for their moon mission they came to Dublin looking for Denis O’Sullivan.

I have often wondered why people here seem to be so indifferent about the accomplishments made on a regular basis by the many fine scientists we have in the universities, institutes of technology, and bodies such as Teagasc, and the Marine Institute.

World class discoveries are being made and we are ranked in the global top 10 in a range of subjects such as new materials, immunology and others. The discoveries sometimes merit reporting in the media if they relate to something big and important, but more often the results of high quality research activity remain in the shadows and generally ignored except by other scientists who can see the import of what has been achieved.

Contrast this with the hoopla that surrounds Irish participation in the arts. Oscar nomination truly is a mark of distinction even if you don’t win; for example, the nomination for the Cartoon Saloon animation Late Afternoon. And we were also proud that an Irish co-production helped deliver an Oscar for Olivia Coleman for her role in The Favourite. Collectively we didn’t walk away with an award but knocked plenty of excitement out of Coleman’s Irish win. After the Oscars has been broadcast, however, the import of the accomplishment declines and retreats to the history books, to the statistics tables and to making tough questions for table quiz nights. The significance of scientific and medical discoveries persists, however, and their value is retained even if we never hear much about it.

It is not just the Academy Awards where the imbalance between the arts and sciences is seen. We all delighted in the wonderful Nobel Prize for literature presented to Seamus Heaney in 1995 and ever since one can hardly make a reference to Seamus Heaney without adding the words, Nobel Prize winner.

Another Irishman, this time a medical scientist, won a Nobel Prize much more recently in 2015. But what is his name? And why was he given the Nobel? Donegal-born William Campbell is the scientist and he discovered something that has changed the lives of millions of people. He and colleagues discovered a drug that could be used to kill off the parasitic roundworms that cause river blindness, a disease that is endemic in many countries across continents. His name may be a table quiz question we cannot answer, but the discovery remains in place doing good and continues to reduce the burden of disease in countries that can ill afford the cost.

Another Irish scientist won a Nobel, this time in 1951. Irishman Ernest Walton shared the prize that year with John Cockcroft who together became the first to split an atom. At the time in 1932 their method to split lithium atoms into helium nuclei was an elegant piece of physics that opened up better ways to study atoms. Its later association with more sinister atom splitting and nuclear weapons unfairly took some of the gloss off the work, but it certainly remained important and warranted the Nobel. But how many out there actually remembered the name Ernest Walton?

Wind the clock forward and we are rapidly approaching the 50th anniversary of the 1969 launch of Apollo 11, the National Aeronautics and Space Administration’s flight that for the first time would see humans walking across the surface of the moon. This was an all-American endeavour, with little room for foreign involvement.

Or was it? Long before liftoff, Nasa needed to line up an expert to help study the moon rocks Apollo 11 was supposed to retrieve.

They came to Dublin looking for Denis O’Sullivan at the Dublin Institute for Advanced Studies. At that time he had completed a PhD and was doing post graduate work at the institute and at University of California Berkeley. His specialisation was cosmic rays, the mysterious radiation that bombards us from deep space. The earth’s atmosphere provides a protective blanket rendering them harmless here, but with no atmosphere astronauts in space or on the moon could be damaged by the rays.

Nasa staff already knew O’Sullivan from his cosmic ray work and this opened up a collaboration to develop cosmic ray detectors that could be carried in space. They also developed methods to use moon rocks brought back by Apollo 11 crew to measure the energies of the incoming cosmic rays. This was impossible to determine on earth, one needed to bring detectors along into space. Nasa and O’Sullivan also developed ways of using moon rocks to measure the energy delivered to the rock when hit by a cosmic ray. For this reason, Denis O’Sullivan was amongst the first on the planet to handle the moon rocks and study the secrets they held about cosmic rays. His detectors for the rays were carried on board Apollo 16 and brought back a wealth of information about this radiation.

The work may seem exotic and out of this world but the information O’Sullivan delivered after these and many other space flights with a number of space agencies has help set safety guidelines for aircraft flight crews. He developed detectors that showed radiation exposure levels for crews. The work, as with most scientific endeavour, happens in the background with few knowing or caring what is going on. Maybe we should pay more attention and have a few more names ready for the next table quiz.