Funding plan for third level a recipe for disaster 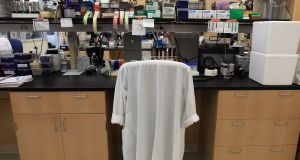 “There are a number of key elements of the proposals that cause, or should cause, a degree of alarm in educationalists.”

The phrase “a recipe for disaster” comes to mind while reading through Department of Education and Skills proposals to alter the funding regime for our higher education institutions.

Last week it released its Higher Education System Performance Framework 2018-2020, a plan to link the funding of higher education to being able to achieve the delivery of “key national priorities”.

Matching up to these priorities is expected to produce a “better alignment” of student output with the skill needs of the economy. Other priorities relate to reaching higher levels of innovation, an expansion of research activity and more connectivity with private-sector companies.

Minister for Education Richard Bruton made it patently clear that an institution’s funding stream would be linked “explicitly” to being able to deliver the goods in these priority areas, along with others such as opening up access to third level for disadvantaged students, achieving a better gender balance in the third level and penalising institutions for breaches of governance.

The framework would use money as a carrot and a stick to encourage and coerce the university donkey up the hill to achieve goals suggested in the framework. For example, it would give institutions more money for increasing the number of Stem (science, technology, engineering and mathematics) courses and it promises to deliver new funding streams for institutions who conduct research. The money dispensed to the institution would rise or fall on the basis of hitting the national priorities set out in the document, so if you don’t deliver the goods your share of the funding pie would be smaller. Hit the targets and an institution could consider itself on easy street.

The framework cannot be dismissed out of hand. It wants to create an innovation fund and performance fund to reward institutions who have strengths in particular areas. This all sounds nice, along with the extra dosh proposed for research. God knows the current gender mix in third level is anything but balanced and fixing that would also be desirable and it would be wonderful if extra money could be found to break down educational disadvantage.

But there are a number of key elements of the proposals that cause, or should cause, a degree of alarm in educationalists. Threatening to reduce your funding if you don’t deliver enough science graduates does not sound like a good way to provide education.

It seems outrageous that government departments would be the ones setting the educational agenda, cutting across the people who actually understand what is involved in delivering education to our young graduates.

While our universities and institutes of technology are never going to want 5,000 pure mathematicians moving through the system every year, having this skill set in a suitable number of our graduates is widely recognised as essential in achieving a balanced educational system.

It may be that having plenty of Stem graduates is in tune with “key national priorities”, but third-level institutions are not in place here simply to churn out the personnel sought by multinationals and the private sector. These institutions educate our students, encourage them to discover, to study and to develop themselves and their future careers in support of personal advancement.

And what do we do if the priorities change? If we decide Stem is out and information technology is in and that we suddenly need 5,000 people in support of the computer industry? The priorities are set by the department and may be in or out of favour on the back of an election. At best a government can last five years. It takes four years for a student to get through a typical university or institute degree programme. Changing demands for different priorities will fall out of step with the throughput of students.

Funding is also an issue. The research fund and innovation fund are going to cost money, certainly running into the millions of euro. At the moment the third-level sectors’ backs are to the wall trying to achieve the department’s current priorities, which are to increase the student population while reducing the number of academics as a cost-cutting measure. Something’s gotta give. The third-level sector is already grossly underfunded and so coming up with new priorities and new targeted money streams for certain disciplines does nothing to address the wider situation.

The Irish Universities Association was in no doubts when responding to the release of the framework. While it welcomed a new funding model for higher education, there was an urgent need for the Government to deal with the “underlying structural deficit in funding in the higher education sector”.

Effectively the Government is chiselling away at the foundations of the Irish higher education system while at the same time trying to build an extension up on the roof. Let’s get the funding basics right before trying to throw in the new priorities.