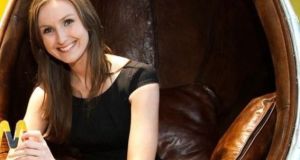 The State’s youngest and brightest entrepreneurs employ more than 2,200 people and have combined annual sales of €124 million, according to a new report.

The study of current and past participants in the Ireland’s Best Young Entrepreneurs (IBYE) awards shows that many of the companies taking part in the competition go on to achieve considerable success.

IBYE is an Enterprise Ireland-backed initiative open to fledgling entrepreneurs between the ages of 18 and 35. Among those to have achieved significant success after participating in the programme are Ciara Clancy of Beats Medical and Sam Dennigan of Strong Roots.

According to research undertaken ahead of this year’s final on April 22nd, some 348 entrepreneurs who received financial support under the programme between 2014 and 2016 now have sales of €124 million between them.

The Government invested €5 million in the initiative during the period, with funding distributed via Local Enterprise Offices (LEOs).

Overall, 4,259 fledgling businesspeople applied to take part in the competition over the three years under review, of which 1,350 received some sort of support.

Outside of the investment received from the IBYE programme, 39 per cent of participants said they had received additional funding, with 61 per cent of that money coming from private sources.

Separately, InterTradeIreland has announced its 2018 Seedcorn Investor Readiness Competition, where innovative early stage companies are given a chance to win a portion of the €280,000 total cash prize to help their business grow.

Since its inception in 2003, companies which have gone through the Seedcorn Competition have raised in excess of €229 million. Last year alone, more than €10 million was raised.

“The overall winner will take home a €100,000 cash prize to support the growth of their business, which will go a long way towards realising ambitious expansion goals. However, Seedcorn is about so much more than just financial support. Participants benefit in a host of other ways, receiving invaluable guidance, tips and advice from our experts, investors and other entrepreneurs, as well as refining business plans and pitch proposals to better demonstrate their offering to potential investors,” said InterTradeIreland chairman Ken Nelson.

The closing date for applications to the InterTradeIreland Seedcorn Investor Readiness Competition is Friday, June 1st, 2018