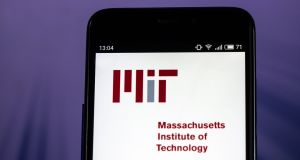 The Massachusetts Institute of Technology is taking a particularly ambitious step, creating a new college backed by a planned investment of $1 billion

Every major university is wrestling with how to adapt to the technology wave of artificial intelligence – how to prepare students not only to harness the powerful tools of AI, but also to thoughtfully weigh its ethical and social implications. AI courses, conferences and joint majors have proliferated in the last few years.

But the Massachusetts Institute of Technology is taking a particularly ambitious step, creating a new college backed by a planned investment of $1 billion. Two-thirds of the funds have already been raised, MIT said, in announcing the initiative Monday.

The linchpin gift of $350 million (€302 million) came from Stephen A Schwarzman, chief executive of the Blackstone Group, a big private equity firm. The college, called the MIT Stephen A Schwarzman College of Computing, will create 50 new faculty positions and many more fellowships for graduate students.

It is scheduled to begin in the autumn semester next year, housed in other buildings before moving into its own new space in 2022. The goal of the college, according to L Rafael Reif, president of MIT, is to “educate the bilinguals of the future.” He defines bilinguals as people in fields like biology, chemistry, politics, history and linguistics who are also skilled in the techniques of modern computing that can be applied to them.

But, he said, “to educate bilinguals, we have to create a new structure.” Academic departments still tend to be silos, Reif explained, despite interdisciplinary programmes that cross departmental boundaries. Half the 50 faculty positions will focus on advancing computer science, and the other half will be jointly appointed by the college and by other departments across MIT.

Traditionally, departments hold sway in hiring and tenure decisions at universities. So, for example, a researcher who applied AI-based text analysis tools in a field such as history might be regarded as too much a computer scientist by the humanities department and not sufficiently technical by the computer science department.

“We need to rewire how we hire and promote faculty,” said Martin Schmidt, provost of MIT.

Today, most dual-major programmes involve taking courses in a computer science department in machine learning or data science in addition to a student’s major. The MIT college is an effort to have computing baked into the curriculum rather than stapled on. It will grant degrees, though what they will be or their names have not been determined.

That appealed to Melissa Nobles, dean of MIT’s School of humanities, arts and social sciences, who said she saw the new college as helping non-computer scientists bring AI tools to their fields – “to what they really care about.”

The college, Nobles said, offers the possibility of a renewal for humanities studies at MIT, where students flock to computer science and engineering. “We’re excited by the possibilities,” she said. “That’s how the humanities are going to survive, not by running from the future but by embracing it.”

Donors, like students, are attracted more to computer science programmes than to many other disciplines. But the new college at MIT is designed to spread the wealth.

“It’s a major fundraising mechanism that gives MIT a huge resource to apply AI to other fields,” said Eric Schmidt, who was the executive chairman of Alphabet, the parent company of Google, and is a visiting innovation fellow at MIT. – New York Times service