When will health services hook up to the tech revolution?

Technology can profoundly transform the healthcare sector, but trust is still a big issue 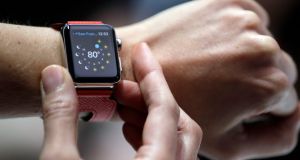 Have you ever had an MRI? Small enclosed spaces, having to keep still, and donning headphones to block out the banging. For adults, having the test can be mildly discomfiting, provided there are no other issues such as claustrophobia. For a child, though, an MRI scan can be frightening. And nervous children don’t stay still for too long, which can cause problems by itself. The number of re-scans needed to get a result also goes up, which means lengthening waiting lists, extra costs for the hospital and extra trauma for a child.

It is with that in mind that Dell EMC and the Belfast Health and Social Care Trust linked up to try to solve the problem with virtual reality. The idea is that using a VR environment before the test will help children to understand their treatment better, taking some of the mystery and fear out of it. That test run should, in theory, settle nerves and lead to fewer re-scans, making the system run a little more efficiently.

It’s all part of the move towards a tech revolution in the healthcare sector, and it is an effort that is gathering pace.

“Technology has the capacity to positively transform Ireland’s public health system. The integration of technology at all steps along the care pathway will help drive the best possible outcomes and services for patients while also ensuring that resources are used in a more effective and efficient manner,” says Aisling Keegan, vice-president and general manager of Dell EMC Commercial Ireland. “Although initiatives such as electronic health records and investment in e-health under Project 2040 are a step in the right direction, all of this needs to be accelerated, and modern technology needs to be deployed across the systems to help make a real difference for patients and staff.”

Keegan points out there are simple steps that can be taken to help speed the process up: moving to the cloud to manage patient data more effectively, adopting VR as a part of treatment, and embracing data analytics and AI to diagnose and treat patients quicker and more effectively.

But that requires a level of trust that may not be possible at the moment – at least for certain sectors of the healthcare market.

That’s not surprising. The level of trust that people have put in certain sectors of the tech industry has not always been rewarded, as data breach after data breach hits the headlines.

And yet, we continue to do it. Think about how many sensors you have on your body on a daily basis. Your smartphone can measure your activity level. An activity tracker can throw sleep tracking into the mix. Your smartwatch has a heart rate monitor and, in newer versions, basic ECG functions. All that data has value and, at the moment, it’s not included as part of a medical record. David Roberts, partner & global health leader at EY, thinks a fundamental shift in thinking is needed.

“We still think that health records are owned by hospitals in our systems. We need to get away from that. Gone is the day when a medical record should be owned by a hospital,” he says. Roberts gestures to his Apple Watch. “In fact, everything you talk about here never enters a medical record. There is more information generally now collected by an Apple Watch than when you are in front of a GP. How long will it be before they start doing low spectrum blood testing on it? It’s not far,” he says. “We really are past a threshold point where all this becomes possible. Security becomes a problem, trust becomes a problem because we’ve had breaches that have really damaged people’s confidence.”

Getting over that particular hurdle may be a challenge with the current cohort of people in the health system, particularly in the 65-and-over age group that tend to opt for a more traditional healthcare path. But over time, it is inevitable that will change as technology becomes more commonplace, and more age groups embrace it.

“Not everyone is going to be able or want to participate in what’s coming,” says Roberts. “Even personalised medicine for cancers or other chronic diseases are becoming ever more important. There will be big moves in the next couple of years around that. That will help all the populations, but those engaging in real wellness activity, they understand the behavioral traits that help them influence, they’re engaging over the full range and gamut of solutions, they’re probably going to do much better in the long term.”

Ireland needs to make a change in this regard. As Keegan points out, the population is expected to grow by 1 million up to 2040, and the age profile is tipping towards the older end of the scale. “Doing the same thing more often won’t be enough,” she says. “To deal effectively with the demographic challenges facing Ireland, digital transformation must be embraced at every level of the public healthcare system and new technologies deployed so that every patient and healthcare provider can benefit from a process of change.”

For now, the idea that simple wearables can help monitor health is a seductive one. Minimum effort, maximum effect. Even before the new versions of the Apple Watch added elements such as warnings for high and low heart rates, the watch was credited with spotting potentially life threatening conditions in wearers.

A study published earlier this year found Apple Watch could detect abnormal heart rhythms with an accuracy rate of 97 per cent. In 2017, Scott Killian told the story of how his Apple Watch detected a heart attack that multiple hospital tests had failed to see coming. In May, a teenager in Florida was prompted to seek medical attention by her Apple Watch when it detected an abnormally high heart rate. Tests at the hospital showed that although her heart was normal, her kidneys were failing.

They are just two of the numerous reports of the Apple Watch picking up potentially fatal health problems.

In the future, things may be a little more high-tech. As Roberts points out, children born today are more likely to embrace genetic engineering. Their interaction with the health system will be through technology as the first port of call; it will be backed by artificial intelligence and use robotics in the background to support them.

“The world is moving towards sensors: sensors in our home, sensors in our cars, in our work environment, in our bodies. If we do choose to do genetic online tracking of our biometrics, our microbiome, the impact of what we eat – gut, intestines, the effect it has on our mentality– all of those things will over the next 10 years become sensors that are hidden. We’re just going through a phase of it being a watch or a pendant. That will change.”

The idea that we could prevent or delay disease by using technology to figure out what is good or bad for us seems simple. Already there are tests that can determine what foods you should be eating that specifically suit your microbiome, and what ones to avoid. It’s not about the obvious dietary advice, but, as Roberts points out, why you shouldn’t eat something that is considered good for you – like broccoli – because it interferes with your own personal biome.

“Wellness and prevention is a really big part of any continuum of care. People still get sick, but if you want to increasingly work to stop them from getting sick, they have to do things differently,” said Roberts.

In the end, the goal is to prevent illness and keep people out of a hospital system that, in Ireland at least, could do with removing any unnecessary strain.

“The health systems are fixated on doing what they do really well. But they’re not fixated on how they help people prevent it and stay out of the system,” says Roberts. “Many answers to the problems in our healthcare system for all age groups sit in the data we’re not collating and not aligning.

“This is not fiction any more, it’s not sci-fi.”