If the tech sector is so well-paid, why are so many staff dissatisfied? 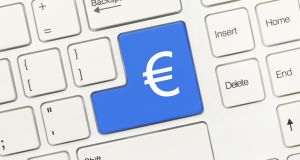 How many of us are of the view that we are not receiving the salary we deserve?. Photograph: iStock

The tech sector has a reputation for delivering very generous salaries compared with other recruitment areas, with higher wages inflated still further by structured bonus programmes and the possibility of share offers for companies quoted on international markets.

The reality may not match the reputation but there is little doubt that if you have a degree of some kind associated with the information and communications technology areas, finding a well-paying job will be one of your less arduous items on a post-graduation to-do list.

For one thing, companies looking to recruit ICT staff have been struggling with a shortage of trained people with these skills, leading companies to claim there are 5,000 jobs going begging right now. The Government also accepts there is an immediate and pressing shortage of trained people, so much so that it authorised Science Foundation Ireland to initiate a €100 million programme to deliver hundreds of PhD and research master’s graduates over the coming years across a range of thematic areas.

The first area to be covered under the SFI Centres for Research Training programme has the theme of data and ICT skills. Four to six centres will be funded in the start-up of the programme, with these being selected before the end of this year. They will take in about 30 students each, and the participants will work with academic partners and also the private sector so the skills developed are as relevant as possible to real-world demands.

One could assume that the strong demand driven by a chronic shortage of suitable staff must be bumping up rates of pay but it is not the only driver. The best ICT staff often stand out on their own, with high levels of creativity and innovation, and their uniqueness requires generous inducements. At least some of the pay can also be attributed to the fact ICT companies may come and go, and many – particularly start-ups – have a high risk of failure. A prospective employee may accept the risk but may want a salary that helps cushion them from hard landings.

These factors may contribute to driving up ICT staff incomes but that doesn’t mean they will be happy with their salaries, no more than the rest of us. How many of us are of the view that we are not receiving the salary we deserve? How many believe we should be on a higher rate of pay? Not surprisingly, the result seems to be that most of us are dissatisfied.

Major Players is a UK-based recruitment company specialising in staff in the digital, creative and tech areas. It conducted a survey that revealed 98 per cent of people felt they were being paid less than they deserved. The sample size at 50 was unscientifically small, making it difficult to draw definitive conclusions, but it is worth noting that virtually everyone surveyed felt underpaid for their work.

With this in mind the company is now promoting an initiative it calls Earn Your Worth. It is calling on companies and recruiters to stop asking candidates to reveal their current salaries. The small poll showed that 82 per cent of candidates would be in favour of this and 73 per cent of hiring managers also agreed.

Asking about salary in effect means the two parties are focusing on a number rather than on a person’s actual worth or the quality of the work being done. Looking at salary rather than experience and skills leaves the person at risk of remaining underpaid even if their new employer gives them a higher salary.

Interestingly the survey also asked whether the salary/no salary reveal was a gender issue, with 55 per cent of the candidates saying yes and 66 per cent of hiring managers agreeing. The company argues adopting an Earn Your Worth approach could help to improve pay parity between the sexes. The company found a 23 per cent pay gap in favour of men across the digital, creative and tech sectors, so there is certainly a challenge to be addressed.

While a recruitment manager might accept the idea of paying a person what they are worth, reality dictates that they push this figure to the lowest level possible in order to keep labour costs down. It is then for the candidate to fight their corner if the only thing blocking the way is the pay rate.

The Government is putting a lot of money into SFI’s research training programme, so clearly it is concerned with the number of trained people available. However, this is not a particularly Irish problem: countries around the world are struggling to find the people they need to run fast-growing tech businesses. The challenge for Ireland is to provide an environment so conducive to research with good facilities and high-quality projects that scientists abroad will want to move to Ireland to take part.