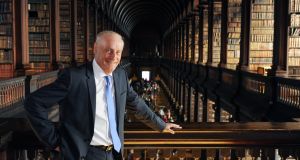 Margins have remained “stubbornly low” at the retail arm of Irish pharmacy wholesaler Uniphar, the company told shareholders at the end of last year.

In a letter sent out over last Christmas and signed off by the company’s chairman, Maurice Pratt, Uniphar said its retail services division is struggling to achieve a 1 per cent net margin “subject to relentless Government cuts and market consolidation”.

“The management team pared costs right back to the bone, while at the same time working to develop a suite of services which support independent community pharmacy to help them deal with the attacks on their own margins,” the letter continued.

Uniphar was born out of the merger in 1994 between United Pharmacists Co-op and Allied Pharmaceutical distributors. Both of those groups were founded by pharmacists and ownership of Uniphar is still held by community pharmacists.

In the letter it noted that the group doesn’t want to compete with its customers, as evidenced by the disposal of the Uniphar owned Allcare stores. “However, we need a greater level of support from community pharmacy customers to support this stance,” it added.

“Without revenue from retail stores, we are at a competitive disadvantage. Going forward, with all possible cost efficiencies already eliminated from the business, there are few levers remaining to us.”

While the outlook for the retail division is grim, it was an altogether more positive message for shareholders with regard to the company’s manufacturer services business. Last year saw the company purchase two UK-based companies, OUTiCO, an account management provider, and Clinical Cube, a specialist in data analytics to support clinical trials in pharmaceutical research and development. “We would hope to be in a position to announce further acquisitions in the first half of 2018,” Mr Pratt wrote.

“We have ambitious plans to grow profits in manufacturer services in the next three years through mergers and acquisition activity and organic growth,” the letter added.

While Mr Pratt concluded the letter by saying that 2017 was a “challenging but interesting year for the business”, he said he expects growth from the manufacturer services division to come through in the company’s 2018 financials.