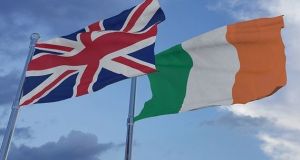 Exactly 10 years ago, in the midst of the previous economic crisis, the UK lent the State £3.2 billion (€3.5 billion) as part of the 2010 bailout. London was also on the hook for other parts of the €85 billion rescue afforded Ireland via its membership of the International Monetary Fund (IMF) and the EU’s stabilisation mechanism.

You could be cynical and say it cost the UK nothing – ultimately the exchequer there would have borrowed the money on the open market and lent it to Dublin at a higher interest rate. But it was widely viewed as an act of economic and political solidarity with a neighbour, a neighbour that had crashed and burned in spectacular style.

Explaining his decision, the then chancellor of the exchequer George Osborne said the UK had “made a commitment to consider a bilateral loan that reflects the fact we are not part of the euro . . . but Ireland is our very closest economic neighbour”.

Osborne got more flak for partaking in the European leg of the Irish bailout than for lending money to a foreign government during a domestic crisis. Those anti-European forces would eventually culminate in Brexit.

Contrast that with the situation now. The State’s budget deficit this year – the difference between what it spends and what it takes in in taxes – is likely to be €21 billion, or 6 per cent of gross domestic product (GDP).

But the UK’s will be significantly worse. According to official estimates, the UK public sector borrowing requirement for 2020/21 will be £332 billion, or 17.5 per cent of GDP.

According to the UK office for budget responsibility report of September 23rd, the UK’s net debt had risen by 21.8 per cent of GDP on a year earlier. The comparable figure here is about 3 per cent.

The reasons for the difference are multiple: the bigger UK services industry; the strength of multinational exports here, and the relative resilience of the State’s tax base.

This is not to say the shoe is on the other foot now: Ireland is still in the throes of an economic crisis. It’s just that we’re comparatively stronger than in the last crisis, and the UK is comparatively weaker.