Losses for Venn Life Sciences as Integumen charges hit But

But earnings before interest, tax and exceptional items rose for the year 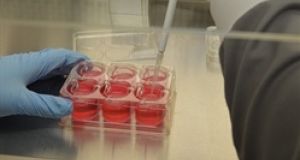 Drug development firm Venn Life Sciences said it reported an overall loss of €1.5 million for last year as charges related to its investment in Dalkey-based Integumen hit its balance sheet.

The company, which provides clinical trials services to pharmaceutical and biotech companies, said total income fell slightly over the year to €17.8 million, from €18.2 million a year earlier. Pretax losses were €1.67 million, up from €913,000 a year earlier on higher impairment charges.

The company turned its operating loss in 2016 of €600,000 to a profit of €100,000 in 2017. However, it reported an overall loss for the year of €1.5 million following a €1.7 million charge for its share of losses and investment write-down on Integumen. Venn had an 18.89 per cent stake in the Dalkey-based firm, which bought out a healthcare products business from Venn last year. Integumen was the subject of a reverse takeover in April, combining with UK firm Cellulac, and Venn’s stake has been diluted to below associate threshold.

Venn said it had made some progress on the implementation of key systems infrastructure and operational efficiency, which would deliver improvements in operating margins.

“During 2017 our focus has been on the delivered improved underlying EBITDA in the business through improved operational efficiencies. Additional investment in systems means that we now have both the expertise and infrastructure to profitably execute new business in scale and our focus is now on the generation of new business opportunities,” said chief executive Tony Richardson. “We have invested significantly in business development and engaged creatively with clients to develop deeper, longer lasting partnerships and our pipeline of opportunities is healthy. We continue to see an increasing number of opportunities that require the full range of services now on offer in Venn.”

Mr Richardson said continued strong investment in the biotech sector and the emergence of virtual drug companies would provide a significant opportunity for Venn.

“Our size, flexibility, deep expertise and breadth of service capability leaves us well positioned to benefit from this shift in the drug development landscape,” he said.