Metabolomic Diagnostics secured the funding from an EU programme 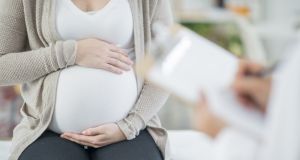 Preeclampsia is characterised by high blood pressure and signs of damage to other organs.

A Cork-based biotechnology company has secured €2 million in funding to develop a product to identify whether women could develop preeclampsia.

Metabolomic Diagnostics was awarded the funding from the European Union under its Horizon 2020 project, which received a total of 1280 applications.

The €2 million will be used to commercialise the company’s flagship product, PrePsia, a blood test taken in early pregnancy that can establish whether a woman could develop preterm preeclampsia.

Preeclampsia is a pregnancy complication which can lead to serious consequences for both mother and baby. The condition, characterised by high blood pressure and signs of damage to other organ systems, claims the lives of 75,000 mothers and 500,000 babies annually. Survivors of the disease have a lifelong increased risk of developing a raft of health problems.

The US Food and Drug Administration (FDA) has cited preeclampsia detection as a significant unmet medical need.

Metabolomic’s diagnostic test has the potential to allow clinicians to administer treatments early that can reduce the incidence of the disease, thereby improving pregnancy outcomes.

“We plan to market the product next year, and now with this support from EU, we believe that PrePsia has the potential to become part of pregnancy screening programs worldwide,” said Charles Garvey, chief executive of Metabolomic Diagnostics.

“The award is recognition by the European Union of the huge progress we have made to date and the enormous societal benefit that our innovative test will bring to expectant mothers and their babies all over the world,” he added.

The company had previously been supported by the EU through another funding programme, as well as private investors, Enterprise Ireland and AIB.

Aside from PrePsia, the Cork company is focused on developing a single test to identify a range of other pregnancy related diseases.