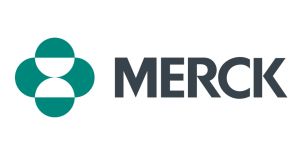 Merck reported a better-than-expected first-quarter profit on Tuesday, helped by a rise of more than 150 per cent in sales of cancer drug Keytruda.

Drugmaker Merck reported a better-than-expected first-quarter profit on Tuesday, helped by a rise of more than 150 per cent in sales of cancer drug Keytruda.

Merck is increasingly reliant on the blockbuster medicine, which is positioned to become the leading player in a new generation of oncology treatments and rival Bristol-Myers Squibb’s Opdivo.

The drug was recently approved for reimbursement in the Irish market.

Both drugs harness the body’s immune system to recognise and fight cancer cells, but last month’s survival data from trials of the treatments gave Keytruda an edge over Opdivo, according to industry experts.

Keytruda raked in sales of $1.46 billion in the quarter, ahead of $1.4 billion estimated by analysts. Revenue from the drug accounted for nearly 15 per cent of Merck’s total sales, helped by its expanded approval to treat various forms of cancer.

Merck’s Irish subsidiary MSD has recently applied for planning permission for a new biologics manufacturing plant on its existing site in Swords to increase manufacturing capacity for Keytruda.

Sales of Bristol-Myers Squibb’s Opdivo surged 34 per cent to $1.51 billion in the latest quarter.

Merck raised its full-year forecast for adjusted earnings to between $4.16 and $4.28 per share from between $4.08 and $4.23 per share estimated previously.

Net income fell 52.5 per cent to $736 million, or 27 US cents per share, hurt by a $1.4 billion charge related to a collaboration with Eisai, the company said.

MSD already employs more than 1,700 people across four other sites in Ireland – in Carlow, Cork, Dublin and Tipperary. The new Swords plant will employ a further 350 people. – Reuters