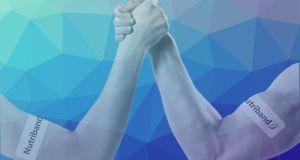 The transdermal drug delivery market is expected to grow to $125.88 billion by 2021 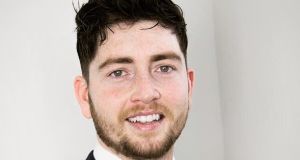 Nutriband, an Irish-founded, US-based pharma company, has signed a $90 million (€75.5 million) distribution agreement with a Korean group for its products.

The Florida-headquartered company founded by entrepreneur Gareth Sheridan, said the exclusive 20-year deal is for its transdermal patches product line.

Nutriband has a number of products for cardiovascular disease, inflammatory joint disease, abuse deterrent fentanyl and diabetes in their pipeline that use the same absorption method as nicotine patches.

.The company, which floated two years ago, recently appointed Irish entrepreneur and former presidential candidate Sean Gallagher as its president.

The agreement with Best Choice will see it purchase a minimum of $2 million of Nutriband’s consumer products in year one, growing its annual minimum order value to $90 million by the end of the deal.

The first order under the agreement was received last week with the Company receiving $50,000 with a remaining $30,000 due upon delivery.

The deal covers the territories of South Korea, Taiwan, the South Asia countries, and the Peoples Republic of China.

Mr Sheridan, who was Ireland’s ‘Young Entrepreneur of the Year’ in 2014, is from Terenure in Dublin. He developed the idea for Nutriband while completing his thesis as a business and management student at Dublin Institute of Technology.

The company, whose market capitalisation is estimated at $108.6 million, saw its share price close up 17.8 per cent on Thursday to $6.30.

The transdermal drug delivery market is experiencing some of the most significant growth within the pharmaceutical industry currently with research provider MarketsandMarkets recently forecasting it will grow to $125.88 billion by 2021 from $92.40 Billion in 2016 at a compound annual growth rate (CAGR) of 6.4 per cent during the period.

1 ‘No demand... because there are no people’ at well-known Dublin pub
2 Revised help-to-buy scheme opens for applications
3 AIB concedes Covid mortgage policy was ‘regrettable’
4 Harvey Norman targets Irish property developers
5 ‘Saudi Arabia is where the opportunities will happen in future’
6 ‘Humble’ Airbnb going back to basics
7 How to . . . move (almost) everything to your new phone
8 Buying a second home now that we work from home
9 Nearly 30,000 could lose pandemic payment if they do not confirm eligibility
10 Battle for TV streaming service subscribers set to intensify
Real news has value SUBSCRIBE