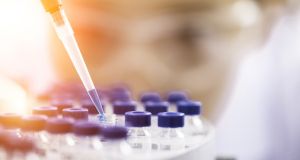 Biopharmaceutical firm Amryt has signed a deal with Aegerion Pharmaceuticals to expand its exclusive licence agreement for Lojuxta (lomitapide).

The drug is an approved treatment for adult patients with the rare cholesterol disorder Homozygous Familial Hypercholesterolaemia (HoFH).

The deal will expand the agreement into Russia, the Commonwealth of Independent States - Russia, Kazakhstan, Belarus, Azerbaijan, Uzbekistan, Armenia, Moldova, Kyrgyzstan, Tajikistan, as well as the associate states of Ukraine and Turkmenistan, and the state of Georgia - and the non-EU Balkan states, Albania, Albania, Bosnia-Herzegovina, Macedonia, Montenegro, Serbia and Kosovo.

Amryt estimates the agreement will increase the number of patients by 25 per cent, or 450, in the territories now covered by the agreement.

The original agreement, which was secured in December 2016, covers the European Economic Area, Middle East and North Africa, Switzerland, Turkey and Israel.

“A core focus for Amryt in 2018 is to drive further growth for Lojuxta in new and existing territories,” said Joe Wiley, chief executive of Amryt Pharma. “Following closely on from our market expansion in the Middle East, these new markets, with their significant increase in total addressable patients, assist us in this goal and will allow us to make Lojuxta available to HoFH patients for the first time in the Russian Commonwealth, the surrounding states, and the non-EU Balkan states.”

Amryt generated revenues of €11.9 million from sales of Lojuxta in 2017, and has secured five distribution agreements, covering the Kingdom of Saudi Arabia, Switzerland, Central and Eastern Europe, Lebanon, Jordan and Syria.