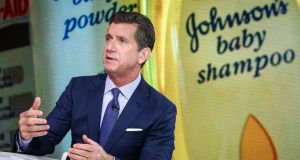 Johnson & Johnson on Monday was ordered by a California jury to pay $417 million (€353m) to a woman who claimed she developed ovarian cancer after using the company’s talc-based products like Johnson’s Baby Powder for feminine hygiene.

The Los Angeles Superior Court jury’s verdict in favour of California resident Eva Echeverria was the largest to date in lawsuits alleging J&J failed to adequately warn consumers about the cancer risks of talc-based products.

The verdict included $70 million in compensatory damages and $347 million in punitive damages, a spokeswoman for Ms Echeverria’s lawyers said. It followed several trials in Missouri state court that resulted in more than $300 million in verdicts against J&J.

“We will appeal today’s verdict because we are guided by the science, which supports the safety of Johnson’s Baby Powder,” J&J said in a statement.

At trial lawyers for Ms Echeverria accused the New Jersey-based company of encouraging women to use its talc products despite knowing of years of studies linking ovarian cancer diagnoses and deaths to genital talc use.

J&J’s lawyers argued that various scientific studies as well as federal agencies including the US Food and Drug Administration have not found that talc products are carcinogenic.

The trial follows five prior ones in Missouri state court. J&J lost four of those trials and along with a talc supplier has been hit with a total of $307 million in verdicts. Before Monday the largest verdict was for $110 million.– Reuters