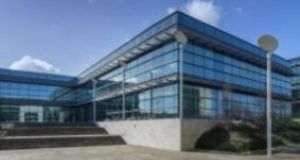 Irish-headquartered Trinity Biotech is being investigated for possible violations of federal securities law after withdrawing a filing with US authorities for approval of a product for diagnosing heart attacks late last year.

The medical diagnostics firm, which is based in Bray, Co Wicklow and is quoted on the Nasdaq exchange, incurred a $56.7 million (€48.2 million) non-cash write-off of costs incurred with the project. It also saw its share price fall by more than 50 per cent to $6.46 from $12.99, in a move that wiped $150 million from its market capitalisation in New York, following the withdrawal of the submission last October.

US Law firm Kirby McInerney said late on Thursday it had begun an investigation on behalf of shareholders into the withdrawal of the filing for its heart attack diagnosis Troponin-I test and accompanying Meritas Point-of-Care Analyzer.

The class action is believed to be one of a number triggered by the fall in share price and is something that typically happens in such a scenario in the US.

Despite the introduction of a recent share buyback programme, Trinity has still to recover from the pulling of the filing. Its share price closed at $5.48 yesterday.

Since its share buyback programme began the company has purchased approximately 1.9 million shares with a total value of $14.6 million.

Trinity said it was asked to withdraw the filing by the US Food and Drug Administration last October due to concerns about the product’s clinical performance.

Co-founder and chief executive Ronan O’Caoimh described the pulling of the filing as a “devastating blow” but said the company believed the technical performance of Meritas still made it a valuable platform.

Trinity recorded an impairment charge of $56.7 million in the fourth quarter which covered the write-off of all capitalised development costs, tangible fixed assets, inventories and other assets associated with the Meritas project.

Trinity develops, manufactures and markets diagnostic systems for the point-of-care and clinical laboratory segments of the diagnostic market. Its products are sold in more than 110 countries and it employs more than 160 people.

The company last month announced revenues of $25.4 million for the second quarter, down 3 per cent from the $26.3 million recorded a year earlier.

Pre-tax profits dropped by 48 per cent in the first six months of the year to $1.1 million.