Hikma raises price of diarrhea drug by more than 400%

Pharmaceutical group is also charging more for five other medicines 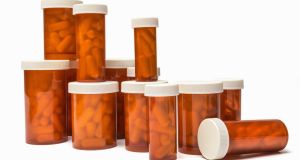 In the US, generic drugmakers such as Hikma are able to dictate prices of their products that have a monopoly or face little competition

Hikma Pharmaceuticals Plc’s US subsidiary has raised the price of a common diarrhea drug by more than 400 per cent and is charging more for five other medicines, the Financial Times reported.

West-Ward Pharmaceuticals, the US division of London-listed Hikma, increased the prices at the start of August by between 75 per cent and 430 per cent, for a mean of 237 per cent, according to figures seen by the Financial Times.

In the US, generic drugmakers such as Hikma are able to dictate prices of their products that have a monopoly or face little competition. Among the six drugs, West-Ward is either the only US supplier or one of two manufacturers. The average wholesale price of a 60ml bottle of liquid Atropine-Diphenoxylate, a common diarrhea drug also known as Lomotil, went from about $16 a bottle to $84.

Brian Hoffmann, president of US generics at West-Ward, said the prices of 94 per cent of the group’s copycat medicine portfolio had either fallen or stayed the same in 2017, and that they had fallen overall this year.