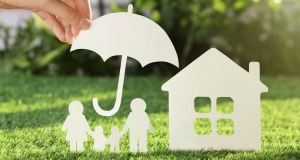 Accounts just published for the company show returns on its investments topped €2.24 billion last year, against a €636 million loss in 2018.

New Ireland is Bank of Ireland’s life and pensions subsidiary. Accounts published for the company show returns on its investments topped €2.24 billion last year, against a €636 million loss in 2018.

Profit after tax for 2019 hit €74 million from €27 million the previous year, boosted by the returns on New Ireland’s investments. Premium income dipped to €2.1 billion from €2.17 billion while claims paid remained stable at €1.7 billion.

Managing director Michael Murphy and chief financial officer Tony O’Riordain said in their directors’ report that the coronavirus pandemic’s impact on the business was unlikely to be clear for a number of months.

“The most immediate impact of recent market events is on the company’s profitability. Earnings will be impacted by market falls, lower customer retention and reduced new business,” the report said.

“The impact of these will depend on how long the outbreak lasts and its effects on economic growth and consumer sentiment.”

They said the collapse in global markets sparked by Covid-19 had hit New Ireland’s solvency coverage position, which is the amount it holds in reserve to cover potential claims on its policies.

“Despite this, the company’s capital position remains strong and well within its target capital range,” Mr Murphy and Mr O’Riordain said.

They said the company had capitalised to withstand “severe but plausible events” while its yearly risk and solvency assessment included scenarios such as pandemics.

The report said New Ireland was continuing to keep the situation under review.

The company has been closely weighing any risks associated with the UK’s exit from the EU this year, with a number of potential scenarios scrutinised, the report said.

“Where issues have been identified, action has been taken or a contingency put in place,” the report said. “The implications continue to be assessed based on the available information.”