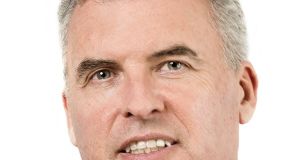 US law firm Clark Hill has announced a strategic tie-up with the Irish firm O’Gradys Solicitors.

The move gives the Irish entity significantly more clout internationally and gives the US firm its first office in Ireland and in the European Union.

With over 650 lawyers and 25 offices in the US, Mexico and now Ireland, Clark Hill boasts a big international client base.

It will also have capital markets, fintech, data security and cybersecurity capabilities.

“Ireland is the logical choice for our first expansion into Europe, ” John Hern, chief executive of Clark Hill, said.

“It has the fastest growing economy in the EU, while the EU itself is the second largest economy in the world. It is a very attractive destination for large numbers of the world’s leading businesses, and so developing a significant presence there is an obvious step for us,” he said.

According to Kirby Tarrant, partner in charge of Clark Hill’s Dublin office: “We can now offer Irish clients, large and small, access to the full suite of legal services throughout the US.”

Welcoming the news Martin Shanahan of IDA Ireland said: “The development of Ireland as an international litigation and arbitration hub in recent times enhances Ireland’s reputation as a location for foreign direct investment within Europe.”

“ Clark Hill’s choice of Ireland as the location for its first European office demonstrates the country’s attractive business environment and talented, highly skilled workforce,” he said.