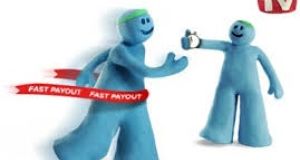 It is understood Amigo will offer loans at an interest rate of up to 49.9 per cent

UK moneylender Amigo Loans is set to move into the Irish market early next year, offering loans to “people with bad credit” – who are backed by friends and family – at an interest rate of about 50 per cent.

The lender, which has more than 200,000 customers in the United Kingdom, confirmed that it has been approved by the Central Bank for a moneylending licence to operate in Ireland. It is understood the regulator has sanctioned it to offer money at a rate of up to 49.9 per cent.

Amigo has established an Irish company, Amigo Loans Ireland Limited, with an address at One Earlsfort Centre, although it is not yet known whether the company will establish a presence on the ground or not. It expects to underwrite its first Irish loans by March 31st, 2019.

Until now, Amigo has operated on a “single product, single rate, single jurisdiction” basis. Ireland will be its first overseas expansion.

In the UK, Amigo allows people, who are typically excluded from mainstream finance due to a poor credit history, access loans of up to £10,000 within 24 hours.

It offers rates of about 49.9 per cent and it’s understood that it will operate a similar model in Ireland.

Amigo says that about 25 per cent of funds borrowed go towards debt consolidation; a further 25 per cent is for home improvements/rental deposits; another quarter on borrowing to buy a car; and the remaining 25 per cent on other expenses, such as IVF treatment.

The company is keen to differentiate itself from so-called payday lenders, which have interest rates of as much as 1,000 per cent, instead positioning itself as “mid-cost credit”.

Unlike most of the existing players however, Amigo requires each loan to have a guarantor, typically friends or family, who will make the repayments if the borrower can’t.

“We look forward to exploring the opportunity to provide a flexible, responsible, mid-cost product to Irish customers excluded by mainstream lenders during 2019,” chief executive Glen Crawford said, adding that Amigo will use Ireland to test the transferability of its guarantor loan product to another jurisdiction.

“Whilst the UK is, and will remain, our core focus, we see many similarities between the Irish market and the UK, so it makes sense for us to trial our ‘Amigo in a box’ concept in Ireland,” he said.

There are 38 moneylenders licensed in the State by the Central Bank, lending to some 350,000 Irish consumers at rates of up to 288 per cent.

On Tuesday, Amigo said it had increased revenues by 40 per cent to £130 million (€147 million) in the first half of its financial year, as it announced its first dividend payment of 1.87p a share. Pre-tax profits rose to £48 million (€54 million), despite a small increase in impairments, while its net loan book grew 24 per cent to £671.7 million (€757.2 million). The company says that 4 per cent of its current loan book is over 30 days in arrears.

Amigo floated on the London Stock Exchange earlier this year, raising some £1.3 billion (€1.47 billion). Its founder, James Benamor, subsequently left, to pursue other opportunities with his family office, Richmond Group.