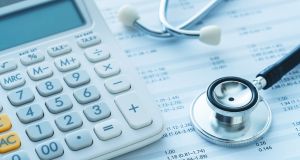 Around 50,000 extra people purchased health insurance after the community rating came into effect

The introduction of a lifetime community rating to encourage more people to get private health insurance may have contributed to risk segmentation within the market, according to a new report.

This move led to a rise in the purchasing of cheaper plans that offer limited benefits, and means that many individuals still face significant out-of-pocket costs when accessing healthcare, according to the Economic and Social Research Institute (ESRI).

A new study authored by Conor Keegan also suggests the introduction of the community rating may have contributed to risk segmentation within the market. This is where insurers classify customers by the state of their health and the likelihood of them needing access to services.

The study shows the rating succeeded in encouraging take-up of insurance by those who would have postponed doing it until a later time, thereby contributing to a reversal in declining coverage trends, at least initially.

The proportion of the population with private health insurance peaked in 2008 at 50.9 per cent but over the following years declined sharply, falling to 43.4 per cent by 2014 due to the economic downturn.

Around 50,000 extra people purchased health insurance after the community rating came into effect however, with increased coverage for those aged between 35 to 69 years rising by up to 2.5 percentage points. But, many of those aged between 34 to 54 years bought low-cover plans, leaving most having to pay additional costs if they needed access to services.

The Republic of Ireland was the second country in the world after Australia to introduce a lifetime community rating in May 2015. The aim of the initiative was to introduce an age-related loading to health insurance premium for those taking out private health insurance for the first time after the age of 34.