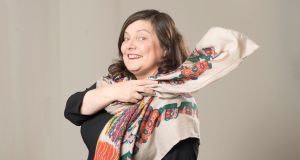 The bank, which has long been believed to be planning to offer services in the Republic, said it now has more than 1.4 million current accounts, of which 155,000 are business accounts.

Starling’s deposit base has more than doubled in the last six months with the bank now holding more than £2.4 billion.

It claims a 2.6 per cent share of the UK’s SME banking market, with almost £500 million in lending on its banking sheets and with further commitments raising that total to almost £1 billion.

The latest funding round was led by JTC and Merian Chrysalis Investment. It brings to £363 million the amount the bank has secured in investment to date.

JTC, which is led by Bahamas-based hedge fund manager Harry Pike, is a majority shareholder in Starling. Merian, which was spun out of Old Mutual, has also previously backed Starling as well as other fintechs such as Klarna and TransferWise.

Starling said the funding would be used to help it continue to grow and to provide support to customers impacted by the coronavirus pandemic.

While the bank has achieved significant success of late it has also had to deal with a certain amount of flak in recent weeks over its handling of loans to small businesses under the UK’s coronavirus-recovery schemes.

The bank, which has an office in Dublin, applied for a full banking license from the Central Bank last year, amid plans to set up a subsidiary here to service the Irish market.

Ms Boden who founded Starling in 2014 after serving as COO at AIB for two years, recently said the bank is mulling an Initial Public Offering (IPO).