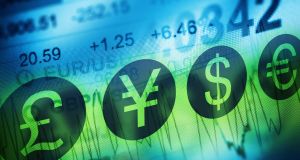 The foreign exchange and money-transfer business is based in Killorglin, Co Kerry. Image: iStock

Financial services company Fexco wants to let go around 150 of its Irish workers as it grapples with the impact of Covid-19 travel bans on tourism.

Denis McCarthy, chief executive of the the Killorglin, Co Kerry-based foreign exchange and money-transfer business, told workers this week that it needs to cut staff in the Republic by about 15 per cent.

Fexco employs about 1,000 people in the Republic. Mr McCarthy’s note implies that it wants to reduce this by 150 people.

The company employs the majority of those workers in its headquarters in Killorglin, an area where redundancies would hit badly.

Mr McCarthy told staff in a letter that the company would announce details of a voluntary redundancy programme shortly.

He blamed Fexco’s troubles on travel bans imposed by many countries, including the Republic, in their efforts contain coronavirus.

“Although international travel will recommence, it will likely take some years for it to return to pre-Covid levels,” he said.

“Because much of Fexco’s business is dependent on this sector, we must examine our operations to determine the changes we need to make.”

Fexco exchanges currencies and processes VAT refunds for tourists as well as providing other services for travellers.

It employs another 1,500 people in countries outside the Republic. In 2018, the company earned profits of €17.5 million from income of €236 million. It handles about 100 million transactions a year.

Mr McCarthy pointed out that the company had cut pay rather than jobs at the start of the crisis to reduce costs.

However, he said that the company needed further savings to protect the business for the long term.

“Despite our efforts, we find ourselves in a position that I would have considered unthinkable just a few months ago,” he added.

“With volumes of business sharply reduced it is not possible to maintain current staff levels, which has meant difficult decisions have had to be taken.

“Implementing these necessary changes is a decision I have come to with a heavy heart as the people of Fexco are a huge part of our success to date.”

Fexco workers also face another three months of reduced pay, although its chief executive pledged that the company would review this again at the end of that time.

He argued that the right recovery plan would ensure that the company could survive the crisis.