Older drivers could save more than €1,000 on car insurance 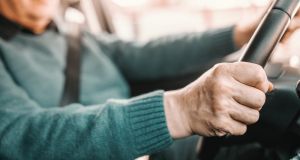 Some cocooners have spent more time researching the cost of premiums during lockdown. Photograph: iStock

Older drivers could save more than €1,000 on their car insurance bills by shopping around, according to a new cost comparison analysis.

The research, conducted by online broker insuremycar.ie, indicates that some insurers are charging drivers aged over 70 considerably more than others.

It found that drivers could typically save about €400-€500 on premiums by shopping around, rising to savings of more than €1,000 in some instances.

Jonathan Hehir, managing director of the company, said over the past year insurers had taken more of an interest in older drivers, which had led to a slight decline in premiums. However, he added that many will never benefit from the savings because they do not shop around.

“Too often, consumers, particularly older ones, believe that loyalty to a particular insurer will be reciprocated with a favourable price. However, we are always at pains to point out to anyone who’ll listen: when it comes to insurance, loyalty may have been beneficial in the past, but it does not pay any more,” said Mr Hehir.

While some older drivers have been reluctant to shop around, Mr Hehir added that Covid lockdowns have led some cocooners to spend time researching the cost of premiums.

“What we are hearing from customers is that although they’ve had to spend much more time indoors, they have wanted to put the time to good use by saving a few quid,” he said.