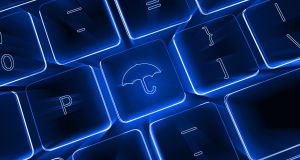 The insurtech company said the acquisition provides it with a complete end-to-end cloud-based product suite which covers everything from quotes, rates and underwriting through to billing, policy administration and claims management.

Fineos is headquartered in Dublin and has offices in North America, continental Europe, Australia and New Zealand. Overall, the group has more than 50 customers globally including FBD, Canada Life and Friends First. It is listed on the Australian Securities Exchange (ASX) in Sydney.

The company is acquiring Limelight Health for $75 million (€63.6 million). Limelight is a provider of quoting, rating and underwriting solutions for voluntary employee benefits in North America. It has achieved strong revenue growth recently, with sales jumping 38 per cent to $14.4 million in the year to the end of June.

Fineos said it expects the acquisition to bolster its position in the North American market.

“We have developed a strong relationship with the team and are highly confident that the complementary nature of our products and teams will further benefit our overall growth strategy and drive value for Fineos shareholders,” said Mr Kelly, the company’s chief executive.

The company also announced a new AUS$90 million (€55 million) equity raise. This comprises of an AUS$85 million fully underwritten institutional placement through the issue of 20 million CDIs at an issue price of AUS$4.26 per new security. Additionally, Fineos intends to raise up to AUS$5 million through a security purchase plan (SPP).

The company said it expects to report standalone revenue of €87.8 million for fiscal 2020, up 40 per cent on the prior year. This comprises €58.3 million in service revenue and €29.5 million from software sales.

Its full-year results are due to be announced on August 26th.

1 In this strangest of recessions, what happens next for Ireland?
2 Bank of Ireland sees about 2,000 staff apply for voluntary redundancy
3 Michael O’Leary is the boss you want to lead an airline out of crisis
4 Should I switch bank now with Ulster Bank at risk of closing?
5 Best Covid-19 ‘influencers’ will avoid hectoring
6 Estée Lauder staff at Dublin airport plan further strike action
7 Overhaul of lease arbitration regime would be a game changer for retailers
8 Minister seeks AG’s advice on banker accountability laws
9 Will Facebook walk away from European market after data protection 'hissy fit'?
10 EY Entrepreneur of the Year: nominee profiles
Real news has value SUBSCRIBE