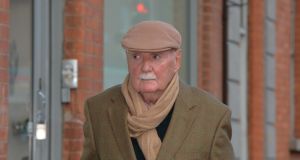 Irish Nationwide Building Society (INBS) had no policy for managing billions of euros in high-risk profit-share loans to property developers despite calls for such safeguards from its internal auditors, an inquiry heard on Wednesday.

By 2008, INBS had loaned €6.025 billion for commercial property development on condition that the bank shared the profits from the projects involved with the borrowers.

Former head of UK lending Gary McCollum told the Central Bank inquiry into the bank’s collapse, which cost taxpayers €5 billion, that there was “no policy” or procedure for managing these loans, or for monitoring whether the profits realised were what was agreed when the bank approved them.

In 2004 and 2006, internal audits of the lender’s Belfast office, where Mr McCollum was based and through which many profit-sharing loans were given to UK-based borrowers, recommended that INBS formalise policies and procedures to manage these debts.

INBS gave many of the loans to individuals and organisations with which it had previously done business. Mr McCollum argued that it would have been difficult to “formulate a specific policy” because of the individual nature of the transactions involved.

He pointed out that former INBS managing director, Michael Fingleton, personally approved all profit-share loans, after which the credit committee and board also had to give their approval.

“So the terms were disclosed to the highest ranking person in the organisation,” Mr McCollum added.

He noted that the internal audit reports laid the responsibility for formulating INBS’s policy for managing profit-share loans “firmly” with the board.

Asked which specific board members should have been responsible for this, Mr McCollum replied: “The people would have been Michael Fingleton and Stan Purcell, the two executive directors.”

However, later in the hearing, Mr McCollum agreed that Mr Purcell, former chief financial officer, would not have had responsibility for monitoring loans.

Mr McCollum said that he worked with Mr Fingleton and Michael Fingleton jnr in drumming up new business for the bank in Britain.

Mr McCollum explained that in Britain, Mr Fingleton senior tended to focus on borrowers with an Irish background.

Central Bank official Yvonne Madden told the inquiry recently that the profit-share loans were very high risk. The agreements general entitled INBS to between 25 per cent and 50 per cent of profits and often stalled interest and principal repayments until the projects were completed.

The debts accounted for more than half the €11 billion at which the bank’s commercial property lending peaked in 2018.