RBS to take up to £900m hit from late PPI claims 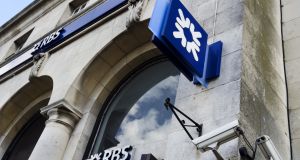 A late spike in complaints about mis-selling payment protection insurance will wipe out up to a third of Royal Bank of Scotland’s annual profit, the state-owned lender has warned.

In an unscheduled update on Wednesday, RBS said the volume of claims received in the run-up to last week’s deadline for complaints was “significantly higher than expected”, and as a result it expects to make a provision of between £600m and £900m in its third-quarter results to account for the costs.

RBS was forecast to generate a net profit of £2.7 billion this year, according to a company-compiled consensus, meaning that a provision at the top end of the range would be equal to 33.3 per cent of the previous estimate.

The bank cautioned that the estimated provisions were preliminary and the final amount “could be above or below this range”.

PPI has become by far the UK’s most expensive consumer banking scandal, with Wednesday’s update bringing the total cost to banks above £49 billion.

Gary Greenwood, analyst at Shore Capital, said “the [RBS]news will no doubt raise concerns that additional top-ups may be required by other lenders, with Lloyds historically the most exposed.”

PPI was a type of insurance designed to help borrowers keep servicing their debts if they fell ill or lost their jobs. But falling profit margins on banks’ core lending products in the late 1990s and early 2000s encouraged them to become more aggressive in selling the highly profitable insurance to as many customers as possible, including people who would have been ineligible to claim or who were not aware they were buying it.

After years of complaints from staff, customers and regulators, a High Court battle in 2011 forced banks to stop selling some types of PPI and to compensate former customers.

Much of the complaints have been driven by the rapidly growing industry of professional claims management companies. Several banks have complained recently that the late surge in complaints was driven by CMCs submitting low-quality claims that rarely lead to compensation payouts, but which still cost banks money to process.

Wednesday’s update will bring the total amount the scandal has cost RBS to between £5.9 billion and £6.2 billion. It had the third-largest exposure, behind Lloyds Banking Group and Barclays.

Banks insist they have successfully reformed since the scandal, but the Financial Conduct Authority’s head of retail banking regulations told the Financial Times last week that he was concerned that bad behaviour could return during the next downturn. – Copyright The Financial Times Limited 2019