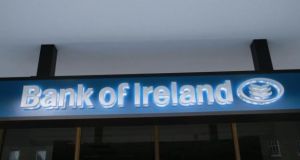 Finance Ireland, the State’s largest non-bank lender in the retail market, has hired senior Bank of Ireland executive Karena O’Sullivan to become its chief financial officer (CFO) as the company eyes an initial public offering (IPO) as soon as next year.

Ms O’Sullivan, an accountant by training, joined Bank of Ireland in 2005 through its then IBI Corporate Finance business before taking on a number of senior positions at the lender, including head of mortgages in the Republic. She was appointed a director of business transformation last year.

Ms O’Sullivan succeeds Laurence Flavin as CFO in Finance Ireland. Mr Flavin moves into the new position of group treasurer at the lender.

“This move allows Laurence to focus on the increasing demands of our treasury operations and investor relations,” said Billy Kane, chief executive of Finance Ireland, noting that the company has been active in the bond market in recent months raising funds.

The company, which has traditionally competed in leasing to small and medium-sized enterprises (SME), motor finance and agri-finance, tapped the debt market in May for €220 million selling notes securitised against its fledgling commercial property loan portfolio.

In July, it launched a €290 million residential mortgage-backed securitisation deal, backed by a portfolio of home loans that it acquired from KKR-owned Pepper Money last December to help it enter the mortgage market. Finance Ireland launched its own mortgages offering in March.

Mr Kane said securitisation deals “will become more frequent” for the company in the future.

“Karena is coming in with tremendous experience from Bank of Ireland,” he said. “Overall, it’s a significant strengthening of our senior management team.”

Mr Kane, former chief executive of Irish Permanent, signalled in March that the company may target an IPO as early as next year, after it reported a 27 per cent surge in pre-tax profits last year to a record €10.5 million as new lending grew 13 per cent to €491 million.

Last year saw the company, which traces its roots back to 2002 but restarted lending in 2011 after scaling back dramatically in the wake of the financial crash, raise €30 million in equity financing from shareholders Pimco and the Irish Strategic Investment Fund (ISIF) to support its growth.

The two backers each own 31 per cent of the company, which had 140 employees as of the end of last year.

1 Copper Face Jacks pays out €45.95m in dividends to owner
2 Ireland’s economy set to shrink 8.5% due to pandemic
3 EU guidance undermines Irish banks’ insistence on charging interest on mortgages
4 Columbia opens first Irish store on Trinity Street in Dublin city centre
5 Will family’s tax debt stop me getting my inheritance?
6 What is Covid Tracker Ireland?
7 Mortgage arrears: Prevention is definitely better than cure
8 Why gift a son now if it eats into his tax-free inheritance threshold?
9 High Court refuses Denis O’Brien application for discovery of documents
10 How much does it cost to sell your house?
Real news has value SUBSCRIBE