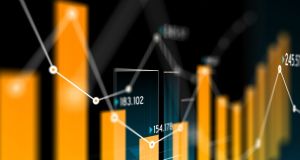 Carlyle has agreed not to compete with Melior. File photograph: Getty

US investment giant Carlyle Group’s Irish team plan to leave the company at the end of the year to set up a new investment and buyout fund targeting medium-sized Irish businesses, according to market sources.

The team has been running a joint €290 million private equity fund with Dublin-based Cardinal Capital since 2014.

Sources have told The Irish Times that the duo have hired Asante Capital, a London-based firm that works on private equity fundraising deals, to advise Melior on its plans ahead of a fund launch in early 2020.

It is understood that Carlyle’s three other members of the 10-strong Carlyle Cardinal Ireland (CCI) investment team will join the new firm as the CCI fund’s investment term comes to an end later this year. There were never any plans for a follow-on CCI fund.

Carlyle is said to be fully supportive of the team spinning out to form Melior and will use the services of the firm to help continue manage the CCI fund’s ongoing investments.

CCI has invested in 11 companies in a recovering economy in the past 5½ years, including well-known names such as chocolatier Lily O’Briens, cooked meats company Carroll Cuisine, insurance and roadside assistance provider AA Ireland, payments firm Payzone and the City Bin waste management business.

The fund has sold on its majority stakes in three investee companies, Lily O’Brien's, Payzone and cash-in-transit firm General Secure Logistics Services in the past two years.

It is not clear how much Melior is looking to raise for its fund, or whether Carlyle will provide any financial banking. But it is expected to follow the same strategy of the current CCI fund, which targeted investments in the range of €2 million to €50 million.

The two Dublin natives returned to Ireland from London in 2014 to help establish the CCI.

It is understood that Carlyle has agreed not to compete with Melior. The US group continues to have other interests in Ireland, including the Dublin offices of aircraft leasing group Carlyle Aviation Partners and a student accommodation development in Dublin 8, Carman’s Hall, acquired last year for €30 million.

Meanwhile, it has also been reported in recent months that Cardinal Capital may also set up a new private equity fund when the investment term of the CCI portfolio expires.