Accountancy giant sanctioned over audit of Co-operative Bank in 2009 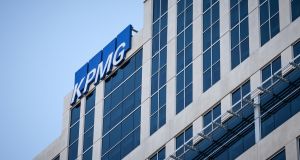 KPMG has been fined £5 million (€5.8 million) and will face regular scrutiny by the accountancy watchdog as part of sanctions handed down over its audit of the Co-operative Bank in 2009 in the UK.

The UK’s Financial Reporting Council (FRC) said on Wednesday that, following KPMG’s admission of misconduct, the fine has been discounted for settlement to £4 million and the firm will also pay £500,000 towards the costs.

Damningly, a number of the accountancy giant’s audits — those that relate to credit institutions — over the next three years will be subject to an “additional review” by an audit quality team reporting to the FRC.

The misconduct occurred shortly after the Co-op Bank’s ill-fated merger with Britannia Building Society in 2009.

KPMG and Mr Walker both admitted that their conduct fell significantly short of the standards reasonably to be expected of an audit firm and an audit partner in two key areas.

They were the audit of fair value adjustments in relation to loans within the commercial book acquired from Britannia, as well as liabilities under a series of loan notes which were acquired at the same time.

The FRC said KPMG and Mr Walker failed to obtain sufficient appropriate audit evidence, failed to exercise sufficient professional scepticism, and a failed to inform Co-op Bank that the disclosure of the expected lives of the notes in the financial statements was not adequate. – PA