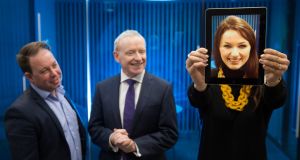 PineBridge Investments Ireland is the group’s management company for various funds governed by European regulations. The most recent set of accounts filed with the Companies Registration Office show that the Dublin-based unit’s gross management fees surged 45 per cent in 2017 to $54.3 million (€48.5 million) as assets under management jumped almost 60 per cent to $6.3 billion.

“The appointment is in conjunction with an extensive amount of Brexit planning by the PineBridge group as well as a successful extension of authorisation obtained from the Central Bank of Ireland,” said Klaus Schuster, PineBridge’s head of Europe, to whom Mr Sweeney will report. “The extended authorisation, together with this and other important appointments in Ireland, will ensure our ability to continue to support our European clients and prospects as we continue to grow in the region”

Mr Sweeney left Bank of Ireland in late 2017 after leading a number of group businesses over a decade and half.

In 2010, Mr Sweeney was asked to head up the group’s wealth management operations before he was appointed in 2016 as interim managing director of the bank’s insurance subsidiary, New Ireland Assurance, as it sought to find a new head of the unit.

PineBridge’s Irish business traces its roots back to 1989 when AIG Fund Management Ltd was established. Asia-based Pacific Century Group bought PineBridge Investments from US insurance giant AIG in 2010 for $277 million in cash.

Mr Sweeney, whose appointment remains subject to regulatory clearance, will work with Mr Schuster to drive new business and develop relationships with Ireland-based clients, while assuming general management and oversight of day-to-day operations in the Dublin office.