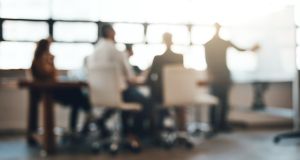 Three companies announced the creation of close to 250 jobs on Wednesday. They include employee recognition group Globoforce, which said it will hire a further 150 people over the next three years.

It also unveiled a new corporate identity, with the company name changing to Workhuman and officially opened its new €4 million Dublin headquarters.

Eric Mosley, the Dubliner who co-founded and is CEO of Workhuman, said: “Our major expansion of operations demonstrates the incredible demand for our Workhuman Cloud platform and underlines our commitment to Ireland into the long term.

“We created the market category of social recognition to help global organisations align their people and culture to a shared purpose. Now, 20 years on from our founding, we are helping shape the future of work.

“Making work more human has always been our mission,” he said.

Two other companies in the Republic’s north-east also announced that they were adding 92 jobs between them in the areas of financial services and engineering.

In Navan, Co Meath, Prepaid Financial Services (PFS) said it is looking to hire 50 “key staff” as part of its planned expansion programme.

The company, regulated in the UK as an electronic money institution and with a license in the EEA, is hiring the 50 new staff for an “immediate start”.

Currently, PFS has the ability to transact in 23 currencies.

Meanwhile, in Cootehill, Co Cavan, EMCA announced a significant expansion of its operations, creating 42 jobs over the next three years.

The engineering company active in the renewable, water, waste and construction sectors will more than double its current workforce. It is looking for staff in software and design to serve its expansion both in Ireland and the UK.

“This expansion is due to a very dedicated and motivated workforce who have the ambition to drive EMCA to the next level,” the company’s managing director, Paul Clarke, said.

Founded in 1998, EMCA was recently appointed as a supplier to Irish Water.