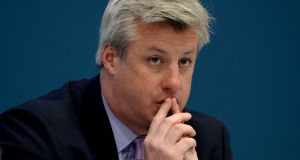 Patrick Kennedy, Bank of Ireland’s chairman, had repaid his mortgage.

The Competition and Consumer Protection Commission (CCPC) said on Tuesday that it is aware of comments made by Bank of Ireland in relation to the future direction of mortgage rates, and that it is “monitoring developments”.

On Monday, Bank of Ireland chief financial officer Andrew Keating said that it is his expectation that “the price of mortgages, particularly those longer-duration mortgages, will increase”.

Signalling future prices, depending on the circumstances, can be in breach of Irish competition law. Back in 2016 for example, the CCPC launched an investigation into suspected price signalling in the car insurance industry, after it became concerned about insurers forecasting that motor insurance premiums would rise.

The bank also grew its net loan book last year for the first time since the onset of financial crisis a decade ago - with no help from its new chairman.

Patrick Kennedy, who took over the helm of the board last August, repaid his €2.98 million mortgage over the course of 2018, according the group’s latest annual report, published this week.

The former chief executive of bookmakers Paddy Power became a non-executive director of the bank in 2010, at a time when he had a home loan of more than €4 million with the group.

The Dublin 6 resident’s Bank of Ireland mortgage peaked at in excess of €5 million between 2011 and 2012 and appears, according to figures contained in various annual reports, to have made a number of lump sum repayments over the years. A spokesman for the bank declined to comment.

Mr Kennedy’s move to clear his mortgage balance came as the bank’s net loan book increased by €1.3 billion last year to €77 billion, marking what chief executive Francesca McDonagh called an “inflection point”. The portfolio shrank by 45 per cent over the previous nine years, mainly as the group sold loans to the National Asset Management Agency and customers repaid debt at a faster rate than taking on fresh debt.

The annual report also showed the Bank of Ireland’s corporate and treasury deposits fell by €1.2 billion last year to €9.1 million as the group widened the scope of where it applied negative interest rates - where large customers were force to pay the company to hold their money.

While Irish banks had been struggling to hold onto deposits at the height of the financial crisis, they are now holding too much customers money.

Bank of Ireland held €100 in deposits at the end of last year for every €97 out on loan. Its chief financial officer, Andrew Keating, said on Monday that he’d be “happy” to see the loan-to-deposit ratio edge up to as much as 110 per cent. It stood at as high as 180 per cent in 2010.

Meanwhile, the annual report showed that the bank’s new auditors, KPMG, were paid €3.9 million last year, down from the €6 million generated the previous year by PwC, which had been the group’s auditors between 1990 and 2017.

The fees for 2017 were boosted by €2.1 million Bank of Ireland paid PwC for its work in relation to a corporate reorganisation that saw the group set up a new holding company.