Challenger bank to use funding to create 400 jobs in UK, bank also putting in extra £95m 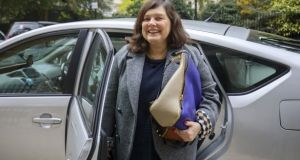 Starling, the British challenger bank that is in the process of establishing an Irish presence, has been awarded a £100 million (€115 million) grant from a bailout fund provided by RBS as part of its £45 million (€52 million) bailout programme.

The digital-only bank, which is led by former AIB chief operating officer Anne Boden, said it intends to use the money to create 400 jobs in the United Kingdom. It also pledged £95 million (€109 million) of its own money to help build a better bank for small and medium-sized businesses.

Starling said it will make £913 million (€1 billion) of balance sheet lending available to SME customers by the end of 2023. It expects to achieve a 6.7 per cent market share within five years.

The grant comes from a £775 million (€893 million) fund created as a condition on RBS for accepting £45 billion (€51.8 billion) during the height of the financial crisis.

Banking Competition Remedies, the independent body set up to distribute the funds, announced Starling as one of three recipients of the first round of grants, with Metro receiving £120 million (€138 million), and ClearBank, £60 million (€69 million).

Since launching its mobile banking app in May 2017, Starling has opened 500,000 current accounts. This includes more than 30,000 SME business accounts signed up in less than a year.

Earlier this month the challenger bank announced it had raised £75 million (€86 million) to fund its international expansion.

She wrote in a blogpost earlier this year that Starling intends to set up an Irish subsidiary which would be used as a hub to target the French and German markets. It is also in the process of applying for an Irish banking licence and intends to open an office locally.