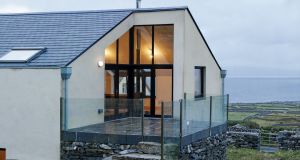 People should be able to build their own homes cheaper, IPAV says.

First time buyers should be able to buy sites at a reduced rate of stamp duty to allow them to build houses around the country more cheaply, according to the Institute of Professional Auctioneers & Valuers.

According to IPAV, the decision in last October’s budget to increase the rate of stamp duty on commercial property transactions from 2 per cent to 6 per cent was “adversely affecting the cost of a new house for first-time buyers”.

“Affordability is a big challenge for the typical first-time buyer in their 20s and 30s,” said Pat Davitt, IPAV chief executive, arguing that the stamp duty hike “effectively means the State insists that buyers have a huge and unrealistic level of savings when a 6 per cent contribution to the State is added for the privilege of a buying a site on which to build a home”.

“That discourages young people and those with fewer resources from living in rural Ireland in particular. It’s typically impacting the local, nurse, garda or teacher,” Mr Davitt said.

IPAV’s pre-budget submission also called for VAT on building to be reduced from 13.5 per cent to 9 per cent and to be reviewed after two years.

“The total tax take on a new house is estimated to be somewhere in the region of 40-45 per cent of the cost of a property. All such charges are paid in full by the house buyer and impact affordability,” IPAV said.

Concerns with the repeated delays in supplying rural broadband is also raised as a concern. It warns “unless the plan can be successfully executed properties will lose value and in some areas will become unsaleable”.