Bitcoin slips below $7,000 to its lowest level in three weeks 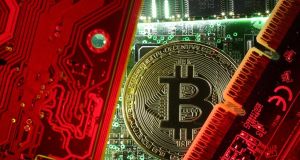 Bitcoin slipped below $7,000 to its lowest level in three weeks on Monday, dragging down some of the other large digital tokens in its wake.

The biggest cryptocurrency fell as much as 6 per cent to trade with a $6,000-handle for the first time since July 17th. Last month’s renewed exuberance, which saw it rise by almost a third, appears to be fading against the backdrop of a challenging technical picture. A series of lower highs show how rallies have repeatedly failed to build momentum.