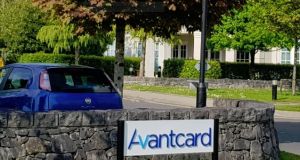 Consumer finance group Avantcard is to offer ‘personalised pricing’ for credit cards and loans in a bid to garner a bigger share of the Irish market.

Consumer finance group Avantcard, formerly MBNA, is to offer “personalised pricing” for credit cards and loans in a bid to garner a bigger share of the Irish market.

The company claims to be the first lender here to offer customers interest rates based on their financial and credit profile, breaking with the traditional “one size fits all” approach taken by banks and other credit providers.

The Leitrim-based group, which is the third-largest credit card provider in the Republic, said the strategy would reward customers who had a better credit profile with lower rates, while opening the door to those who found themselves declined by other lenders.

Its current APR spread on standard loan products ranges from 7.5 per cent for customers with strong credit ratings to 13.9 per cent for higher risk clients.

Avantcard launched in Ireland in 2012, when it bought the MBNA credit card business from Bank of America.

Initially the portfolio was managed as a going concern but stronger-than-expected financial results in 2015 and 2016 prompted the group to formally relaunch the Irish business last year.

It also moved into the personal loan space, linking up with Chill Money, the lending business of Chill Insurance while taking over Tesco’s Irish credit card portfolio, consisting of some 27,000 customer accounts.

Consumer advocate Brendan Burgess said credit rating potential customers “was normal across the world and we already do it for mortgages”, noting the Central Bank’s loan-to-value criteria effectively worked as a form of credit scoring.

“Charging a higher rate for riskier loans is quite normal,” Mr Burgess said, “but if you’ve got to pay a high price for credit you should be asking yourself if you should be borrowing at all in the first place.”

Nonetheless, Jürgen Hutter, Avantcard’s head of commercial and partnerships, said the company’s “personalised pricing” product had the potential to be a disrupter in the Irish market.

He also noted the application process was more “transparent” than most, with the various price points in each loan amount band signalled at the outset.

When applying for a personal loan, customers will select from three profiles – either Great, Good or OK – that will give them an illustrative example of the rates associated with their profile.

Avantcard managing director Chris Paul said many of the initial applicants were afforded more preferential risk profiles and therefore lower rates than they had originally selected for themselves.

He said the Irish market lacked innovation around credit because the banking system had been so preoccupied with recovering from the crash and reducing its non-performing loans (NPLs).

“We are delighted to be bringing this new approach to pricing to the Irish market,” he said. “We have built up a great team of experts who specialise in the area of resolving customer credit needs and, as a result of listening to our customers and through our ongoing pipeline of product innovation, ‘Personalised Pricing’ was developed to treat each customer as an individual, based on their financial and credit profile,” he said.