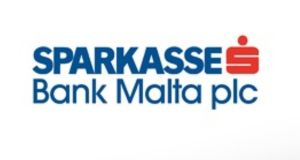 Sparkasse Bank Malta is understood to be targeting the smaller end of the depositary services market in Ireland.

A Maltese private bank owned by Austrian savings bank Sparkasse Schwaz is planning to set up an office in Dublin to provide services to the international funds industry, according to sources.

Sparkasse Bank Malta is understood to have applied to the Central Bank for authorisation to establish a business providing depositary services from Dublin to independent fund administrators.

Depositaries hold funds’ assets, arrange the settlement of transactions, and monitor and audit the funds to safeguard against fraud, accounting errors or conflicts of interest between investment managers and their funds.

The bank, which currently has about $4.5 billion (€3.8 billion) of assets under custody in Malta, is looking to replicate this operation in Ireland, where funds holding €2.4 trillion of assets are domiciled. The level of funds under administration in Ireland, mainly in the International Financial Services Centre (IFSC), stands at €4.7 trillion, according to the latest data from the Central Bank.

Sparkasse Bank Malta is understood to be targeting the smaller end of the depositary services market in Ireland, and plans initially to recruit up to six people, though this may grow to up to 60 people in time, according to market sources. The bank declined to comment when contacted by The Irish Times.

“By choosing not to provide other related fund services such as fund administration or management, we avoid potential conflicts of interest and focus entirely on what we are hired to do, i.e. - safekeeping, record keeping, monitoring and reporting,” Sparkasse Bank Malta says on its website.

Irish Funds, the industry representative body, said last week that that Ireland is now the domicile for 5 per cent of worldwide investment fund assets, making it the second-largest centre in Europe, after Luxembourg. As Brexit negotiations continue, Irish Funds is continuing to see managers from around the globe looking to base their funds in the Republic, the body said at its annual conference in Dublin on May 17th.

Of the 38,000 people employed in the financial services industry in Ireland, more than 16,000 are directly involved in the investment funds industry, including fund administrators, trustees, legal advisers, auditors, tax advisers, compliance and other industry specialists.