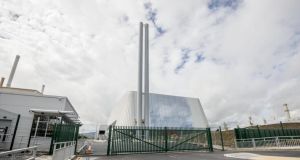 Macquarie, the Australian investment bank, may shortly move ahead with expanding its Irish presence as part of its post-Brexit strategy.

The bank, the world’s largest manager of infrastructural assets, is understood to have had lengthy contacts with the Central Bank and the IDA about expansion plans in Dublin, which would involve it taking a full Irish banking licence.

This would allow it to provide services around the EU after Brexit, if some agreement does not emerge offering UK-based institutions a continuation of the existing passporting rights after the UK leaves the EU.

Macquarie has a large base in London and has said on several occasions that it remains committed to its operations there, which are likely to remain the hub of its operation for the entire region. However, like all the major financial players selling from bases in the City of London, it is also trying to safeguard its EU business post Brexit. Reports that Macquarie could apply for a full banking licence here first appeared around a year ago but a decision on whether to move ahead is now thought to be imminent.

The bank, which has a network of offices around Europe, is also likely to have examined other possible locations for a new EU base. Sources believe that Dublin is now very much in the running for the project, though Macquarie may not have yet finalised its decision.

The bank would not comment yesterday and there was also no comment from the Central Bank and the IDA.

Such an investment would be likely to bring a significant number of jobs, with other similar banks announcing European headquarters in Dublin employing several hundred people. Macquarie already has an office in Dublin and is heavily involved in financing the aviation leasing sector.

It was also part of the consortium which led the development of the Grangegorman regeneration and its renewables arm recently took an equity stake in the Poolbeg incinerator.