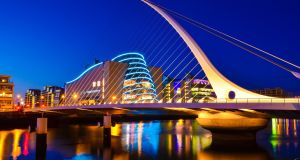 Ireland is the second-largest funds hub in Europe behind Luxembourg.

Some 150 international asset managers with funds serviced in the Republic are prepared to avail of new laws allowing for the setting-up of investment vehicles used in the areas of private equity, infrastructure and green energy projects, according to PwC.

The Government’s new Investment Limited Partnership (ILP) legislation, which passed into law just before Christmas, overhauls the existing legislation to allow for the establishment of special investment partnerships.

Ireland is the second-largest funds hub in Europe behind Luxembourg but, until now, has been unable to offer this particular type of fund structure, which is being used more by fund managers generally and increasingly used to finance green energy projects.

The new fund structures can be used by so-called alternative funds (AIFs) and their managers. The 150 money managers who told PwC in a survey that they are ready to use ILP fund structures make up 15 per cent of all managers with funds based in Ireland, according to the firm.

The new fund structures will attract up to €20 billion a year in global capital and create an additional 3,000 jobs, according to the Irish Funds lobby group. There are currently 16,000 people employed in the funds industry in the Republic.

Minister for Finance Paschal Donohoe signed statutory instruments this week that set commencement dates on the new laws, with most of the provisions coming into force on February 1st. Final measures, covering the Central Bank setting up a register for the beneficial ownership of ILPs, will come into force on March 1st.