Activity will not fall to Q2 2020 levels as businesses have adapted, according to forecast 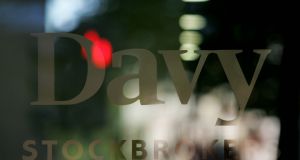 The extension of Level 5 restrictions will impact the recovery seen in Q3 and Q4 2020, according to Davy. Photograph: Aidan Crawley/The Irish Times

Irish banks are likely to see a recovery in lending and business activity faltering in the first quarter as the Government extended the current Level 5 lockdown until March 5th, according to stockbroking firm Davy.

Still, Davy analyst Diarmaid Sheridan said he does not expect lenders to need to book material additional loan-loss provisions after setting aside large amounts last year, and as they continue to extend forbearance on a case-by-case basis. The main banks, including Bank of Ireland and AIB, reported last autumn that lending and other business activity had recovered more than expected from a sharp slump at the start of the Covid-19 crisis.

“The extension of the restrictions will impact the recovery seen in Q3 and Q4 2020, and will likely hit new lending during Q1 (seasonally the weakest quarter for new lending) given the restrictions on new construction, house buying and a probable conservative approach from businesses in advance of loosening of restrictions,” said Mr Sheridan.

“However, activity levels will not fall to the same extent as Q2 2020, given the businesses have adapted their offerings away from bricks and mortar.”

The State’s five retail banks – also including Permanent TSB and overseas-owned Ulster Bank and KBC Bank Ireland – set aside a combined €2.6 billion of provisions in the first half of 2020 to absorb an expected surge in bad loan losses as a result of the economic shock caused by the pandemic.

Guidance from the sector at the time suggested that the five lenders would end up taking as much as €3.6 billion of impairment charges for 2020 as a whole.

The Cabinet agreed on Tuesday to rubberstamp a proposal from its Covid-19 subcommittee to extend current Level 5 restrictions until March 5th.

As of the end of December, 97 per cent of the 146,300 industry-wide, blanket payment breaks that had been extended to households and businesses at the height of the coronavirus shock last year had expired, according to Banking and Payments Federation Ireland. Some 7.7 per cent of these borrowers had not returned to paying along the lines of their existing contracts, nor extended terms, and are in receipt of further forms of support.

“Banks can continue to offer forbearance measures to borrowers, including to those who have availed of payment breaks previously,” Mr Sheridan noted.

Meanwhile, Minister for Finance Paschal Donohoe has said there will be no “cliff-edge” withdrawal of Government Covid-19 supports for businesses and households this year. Billions of euro injected into the economy during the crisis have served to help borrowers meet their obligations. However, economists expect a spike in defaults this year, particularly in the hospitality, tourism and non-essential retail sectors, as a result of a series of coronavirus restrictions since last March.