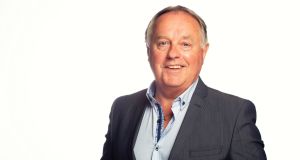 Donnacha Hurley: ‘We are experiencing significant challenges in recruitment due to near full employment and our inability to attract foreign nationals due to housing costs.’

A long and varied career brought Corkman Donnacha Hurley into the investment world 18 years ago when he decided to establish a holding company with stakes in two different businesses, one specialising in ambulance conversions, the other in the distribution of waste and water pipes.

Hurley, who lives in Co Laois, established Motor Mania Ltd (MML) in 2001 after holding senior executive positions in Aer Lingus, Sanofi and Oakhill, among others.

Wilker is headquartered in Offaly and employs 200 staff at its operations in Sandbach in Cheshire, and Manchester. It has been in business for almost 70 years.

Wilker is one of the largest specialist vehicle converters in Ireland and the UK, serving the emergency services of ambulance, police, fire and military, which accounts for almost 90 per cent of its business.

M&G, meanwhile, is based in Tallaght, Dublin, and has been active for more than 60 years. It numbers Irish Water among its customers.

Hurley qualified as an electrical engineer and started his career with General Electric in Dundalk before later working for a number of other multinationals. He is a former chief executive of Team Aer Lingus, the airline’s former maintenance arm, and was chief executive of Oakhill, a diversified print and packing group that had operations in Ireland, Britain, and the US.

MML holds his shares in M&G Ltd (100 per cent) and Auto Conversions Ltd (91 per cent), which accounts for the majority of its activity.

It wasn’t so much a lightbulb moment but more an enforced career change in 2001 that caused me to look at creating value for myself, having done so quite successfully for many companies over the 30 years prior to that.

Over the years in the different companies I worked for, there are many memorable moments and it’s hard to select one in particular, although Wilker winning a contract a few years ago against the odds by a whisker ranks against the best of them.

At Wilker, in order to tender for ambulance business, it is necessary to be on a framework of approved suppliers. On one occasion we failed to make it through and had to fight to get the decision reversed.

The Wilker business focuses on Ireland. We have been successful in winning business in Abu Dhabi and have tendered unsuccessfully in Oman and Qatar. We looked at expansion and acquisition in these regions but the cost benefit didn’t stack up so we decided to focus on opportunistic winning of tenders where returns can be much higher over time as you don’t have to have the expense of high sales and marketing costs.

The emergency services weren’t hit as badly as others sectors although they were impacted by a budget slowdown. Having said that, in the past few years we have seen more investment being made available, which has benefited our growth. Focusing on winning more tenders has been the real driver of growth.

How has Brexit impacted your business? Are you still feeling the effects?

This is the single biggest challenge we face at the moment. In order to mitigate the potential impact of Brexit at end of March 2019 [the original deadline for the UK’s departure from the EU], we increased stock holdings very significantly only to find a postponement to the end of October. This will probably mean a further increase in stock. But, more worrying is the possibility of a hard Brexit.

We are experiencing significant challenges in recruitment due to near full employment and our inability to attract foreign nationals due to housing costs, which needs to be addressed.