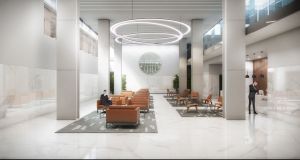 Irish-headquartered aircraft leasing company Nordic Aviation Capital (NAC) has placed an order worth $4 billion for more than 125 aircraft and said it would expand its Limerick offices.

The company, which counts Stobart Air, British Airways and Lufthansa among its customers, has agreed to buy 20 new A220 aircraft from Airbus, its first investment in this type of aircraft, and more than 100 aircraft from ATR, adding to the more than 200 it already has in its portfolio.

NAC also said it would expand its new office space at Gardens International, enhancing the facilities to include additional green space and social areas for its 80 Irish-based staff, while also allowing the company to accommodate global staff. Under the plans, the company has agreed to lease the remaining three floors of the development.

NAC said the investment reflected its plans for its future in Ireland, the success of the Limerick operation and the global growth of the company. It employs 220 people worldwide, and has offices in Denmark, the United States, Singapore and Hong Kong.

At the end of its last fiscal year, NAC’s portfolio was worth $6.8 billion, with 426 aircraft and 71 clients in 48 countries.

“These recent developments are key components of our ambitious, long-term business growth strategy,” said Jim Murphy, chief commercial officer of NAC. “The orders reflect our commitment to the regional aircraft sector and support our desire to provide our customers with the most modern and fuel-efficient aircraft.”