Floating turbines off south coast will supply power for up to 800,000 homes 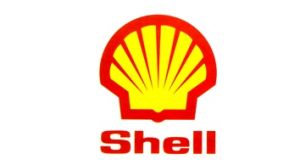 Shell to acquire a 51 per cent share in floating wind farm to be built off the south coast.

Shell has signed an agreement with Irish marine renewables developer Simply Blue Energy to acquire a 51 per cent share in a floating wind farm to be built off the south coast.

The joint venture will produce up to 1 gigawatt of power when fully operational – equivalent to Ireland’s largest generating station at Moneypoint in Co Clare, and capable of powering 800,000 homes.

He said the project was an example of energy transition, located in the vicinity of the Kinsale gas fields, which are being decommissioned. Initial installed capacity will be 300MW with the potential to scale-up with a further 700MW.

Unlike fixed turbines, floating wind technology can be installed in deep waters, allowing this development to be sited between 35km and 60km offshore while reducing visual impacts. The first phase will include 15-25 turbines.

“This project could provide green power to consumers and businesses alike and contribute towards Shell’s ambition to be a net-zero emissions business by 2050 or sooner,” said Colin Crooks, Shell vice-president for offshore wind.

“Working alongside coastal communities to create shared value is key to success and this is why we have chosen and look forward to working with Simply Blue Energy who are rooted in the local community,” he added.

The joint venture is an important milestone, he said, and will help ensure the Government meets its climate target of 5GW of offshore wind by 2030. He said it was critical to have floating offshore wind energy capacity in place by the end of the decade if Ireland was to realise its world-leading potential in the sector.

Simply Blue applied for a foreshore investigative licence last year for the project.

Project director Valerie Cummins said the Kinsale field move would open up the south of Ireland, and eventually the west, to floating wind technology with the opportunity to export power to Europe.

The announcement marks a return to the Irish energy market by Shell, which developed and operated the Corrib gas field off the Mayo coast.

The project developers hope the Government will provide a specific pot for floating offshore wind projects in future renewable energy support schemes – as is the case in the UK.