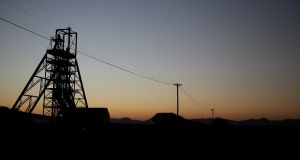 Anglo American aims to reinstate dividends at the end of this year after rising commodity prices helped it to boost earnings and cut debt, it said on Tuesday, adding it would only sell more assets to sharpen its focus and not because it needed money.

The miner, which focuses on diamonds, platinum and copper, also said it would keep coal and nickel assets it had planned to sell after cutting costs and rejecting bids as too low.

Rival BHP Billiton earlier on Tuesday reported an almost eight-fold increase in underlying first-half net profit to $3.24 billion (€3.07bn) from $412 million (€391m) a year earlier and a bigger-than-expected dividend of 40 US cent, up from 16 cent a year ago, outpacing a consensus of 34 cent per share. – Reuters